Megan Fox is tired. She recently told her husband, Brian Austin Green, that they either need a nanny or a divorce because they both need some time to sleep. 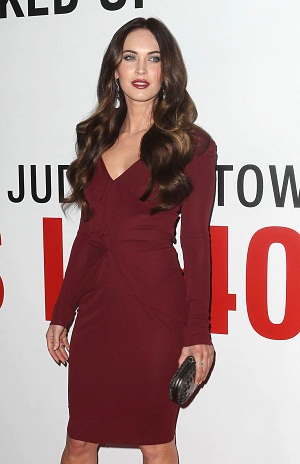 Since giving birth in September, Megan Fox and hubby Brian Austin Green have logged a lot of sleepless nights, thanks to a certain cutie in the other room.

“I had no idea how difficult babies could be, so Brian and I were exhausted,” Fox told the U.K.’s Daily Mirror. “You never sleep and you’re awake all night and your entire life is devoted to this little thing that needs you constantly.”

We’re not exactly sure what Fox thought she signed up for, but this sounds a lot like what millions of new mothers deal with on a nightly basis… without the help of a nanny. Still, if you’ve got the money, you might as well, right?

“It’s a lot of work and I didn’t hire any help because I overestimated my own abilities,” Fox said.

With very few pictures of little Noah Shannon released to the public, everyone is dying for a glimpse of the little guy. After all, his mom is one of Hollywood’s sexiest actresses.

“He looks, I would say, 70 percent like Brian,” Fox told Ellen during a recent appearance on The Ellen DeGeneres Show. “He was his identical twin when he came out.”

Things are changing, though, as Noah gets a little older… and thicker.

“…[But] recently he’s been getting chubbier and everyone’s like ‘Oh, he’s so chubby — now he looks like you,'” she confessed. “I don’t know how I should take that.”

Aside from earning the comparison to a chubby person and realizing her mothering capabilities, has motherhood changed Fox in any other ways?

Well, she says she’s still 10 pounds overweight, but she’s not worrying about it. She also told the Mirror that she’ll be more careful of the roles she chooses now. She doesn’t want her son to grow up embarrassed or teased about his sex symbol mum.

It’s an admirable consideration that almost makes up for the fact that apparently Megan Fox thought raising a child would be a cakewalk. Best of luck, Noah!