Westboro Baptist Church members are feeling the wrath of hacktivist group Anonymous. Thanks to the masked members of one of the world’s most mysterious groups, WBC members are no longer able to protest at funerals anonymously! 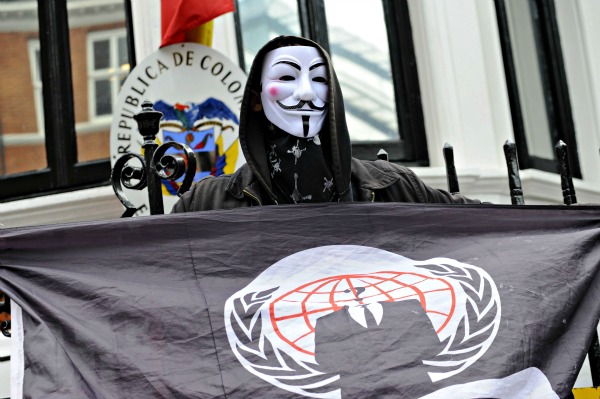 When Westboro Baptist Church leaders announced plans to protest at the funerals of those lost in last week’s Connecticut school shooting, many cursed their name, but few could do anything about it. However, Anonymous, a hacktivist group known for donning Guy Fawkes masks when appearing in public, jumped into action.

“We aren’t trying to violate #WBC’s civil rights,” another tweet explained. “We’re just trying to make the best use of ours. And we’re non-violent. They hate that.”

CNET reports that Anonymous’ “data dump included the names, phone numbers, e-mail addresses, and physical addresses of dozens of alleged members of the religious organization. The group did not indicate where or how it acquired the data.”

Promising that it is far from done, another tweet from the Anonymous group posted Friday night reads, “By the time we’ve swallowed the Westboro Baptist Church & shat out their remains, we will be prepared to fry much larger fascist fish.”

How do you feel about Anonymous publishing Westboro Baptist Church members’ private info?