After news of Ke$ha’s single being pulled by multiple radio stations, she responded Tuesday night via Twitter. 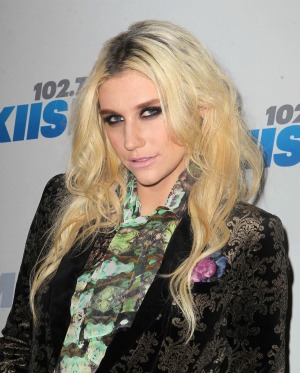 Ke$ha has found herself in the middle of a controversy for a reason no one could have predicted. Her song “Die Young” has been pulled from some radio stations because some people are relating it to the school shooting in Sandy Hook on Dec. 14.

“After the news came out that several radio stations have dropped Ke$ha’s recent single ‘Die Young’ from rotation in light of last Friday’s school shooting in Newtown, Conn., the pop singer has responded,” said The Hollywood Reporter. “Ke$ha, whose single dropped from No. 1 to 2 on the Pop Songs chart this week with a decrease of 11 percent in plays, expressed her own grievances with the track on Tuesday evening via Twitter.”

“I understand,” Ke$ha tweeted, according to multiple sources, including The Hollywood Reporter and TMZ (as of a few hours later, the posting had been removed from her Twitter page). “I had my very own issue with ‘die young’ for this reason. I did NOT want to sing those lyrics and I was FORCED TO.”

She also tweeted, “I’m so so so sorry for anyone who has been effected by this tragedy. and I understand why my song is now inappropriate. words cannot express.”

But Ke$ha is listed as a co-writer on the song — a song she seemed to be proud of back in September.

“It’s a celebration song, which I’m obviously known for writing those,” she told Carson Daly, “but this one, the concept of it was to live each and every single day like it’s your last and to always remain having a youthful spirit no matter how old I get.”

And the lyrics of the song back her up. The song is clearly a party song but does not seem appropriate to many people.

“I hear your heart beat to the beat of the drums / Oh, what a shame that you came here with someone / So while you’re here in my arms / Let’s make the most of the night like we’re gonna die young,” Ke$ha sings in the chorus.