The actor seems to have it all, but when it came to having children, he and his wife struggled. 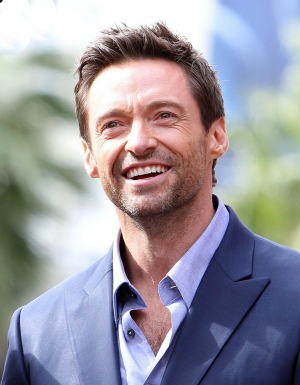 Hugh Jackman has been opening up a lot lately. Last week he shared some secrets of his childhood with Scott Pelley on 60 Minutes, and Tuesday he shared his thoughts on parenthood with Katie Couric (the episode will air Wednesday). Jackman spoke with Couric about the difficulties of having a baby with his wife Deborra-Lee Furness.

“Until you go through it, you realize it’s not talked about a lot. By the way to be clear, Deb and I always wanted to adopt,” he said, according to The Huffington Post. “So that was always in our plan. We didn’t know where in the process that would happen but biologically obviously we tried and it was not happening for us and it is a difficult time.”

He also shared how many people don’t realize one of the biggest problems hopeful future-parents go through.

“We did IVF and Deb had a couple of miscarriages,” he continued. “I’ll never forget it… the miscarriage thing… it happens to one in three pregnancies. But it’s very very rarely talked about. It’s almost secretive, so I hope Deb doesn’t mind me bringing it up now.”

But he feels that sharing what they went through will help other couples hoping to conceive.

“It’s a good thing to talk about it. It’s more common and it is tough,” he told Couric. “There’s a grieving that you have to go through.”

But Jackman wants everyone to know that it worked out for the couple in the end. They ended up adopting two children, Oscar, 12 and Ava, 7, and are happy parents.

“The moment Oscar was born, all the heartache just melted away,” he added, according to The Huffington Post. “Many of you are parents, you guys know you can’t prepare for that moment. Nothing can prepare you… you can’t even explain how incredible it is and that avalanche of emotion that comes and how it opens up your heart, how it frustrates you, how it angers you, how everything is just all the sudden how alive you are as a parent.”