Former Miss Pennsylvania spoke out over the summer about her feelings of contest rigging, but a judge today said she had it out for the organization. 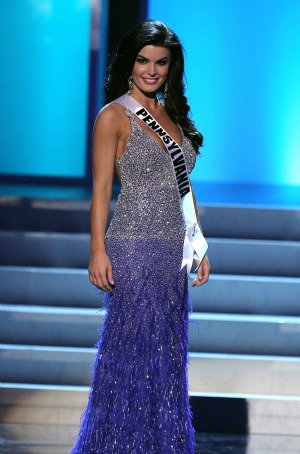 Miss Pennsylvania, Sheena Monnin, issued her complaint over the summer, saying that, “It’s obviously rigged so the girl that they want can shine; they kept several beautiful girls out for that reason.”

“According to retired U.S. District Court Magistrate Judge Theodore Katz’s decision, the pageant organization has met its burden in proving defamation after Monnin defaulted by failing to respond properly,” said The Hollywood Reporter.

Just a day after complaining about the pageant, Monnin resigned her title as Miss Pennsylvania.

“In good conscience I can no longer be affiliated in any way with an organization I consider to be fraudulent, lacking in morals, inconsistent, and in many ways trashy,” she said through Facebook.

The Miss Universe organization had to meet the burden to prove that Monnin acted with malice in order to win the suit. The judge believes that they did.

“Monnin claimed the Pageant was rigged within minutes of being passed over as one of the sixteen semifinalists, and before she had any purported factual basis for her allegation of rigging,” said the judge, according to The Hollywood Reporter. “Moreover, there can be no doubt that she was subjectively aware of the falsity of her statements, as she fabricated the story about being told the names of the five semifinalists.”

The judge event went a step further, saying that Monnin must be a “disgruntled contestant” and he knew she “strongly disagreed with the Pageant’s decision to allow transgender contestants to compete,” said The Hollywood Reporter.

The $5 million was estimated by the number the pageant fees they lost in advertising, sponsors and potential contestants. Monnin hasn’t yet responded to the judgment.