When it comes to Project Runway, one day you’re in, the next day you’re out. For Season 11, that applies to one of its judges: Michael Kors. The fashion designer is stepping away from the competition. 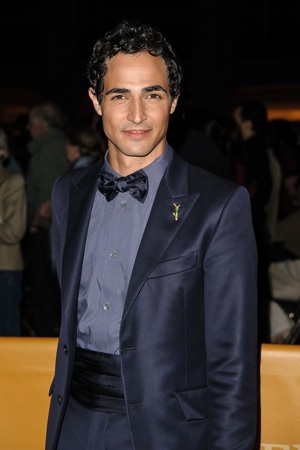 Project Runway is switching it up. The long-running reality competition is changing its roster. For the upcoming 11th season, veteran judge Michael Kors is out. But don’t worry, he’ll be replaced by another fashion superstar.

According to The Hollywood Reporter, “featured judge” Zac Posen will take over full time for Kors. Posen will join host and judge Heidi Klum as well as Nina Garcia (from Marie Claire).

So what’s the cause of Kors’ departure? It was an old-fashioned scheduling conflict. The 10th and 11th seasons were shot back to back, and Kors couldn’t accommodate both. Even though he’ll be missing in action most of the season, Kors is expected to return.

A statement from Lifetime reads, “Always part of the Project Runway family, Michael will be seen in the future on the show and we are excited to confirm that Michael will be back as a judge for [the] season 11 finale.”

The judge switcheroo isn’t the only change heading our way. The latest season will be the first-ever teams edition of the series. It’s an interesting twist considering how much drama team challenges have caused in the past.

What do you think of Project Runway’s new lineup?