David and Victoria Beckham’s son, Romeo, launches his modeling career, and is now the new face of Burberry. 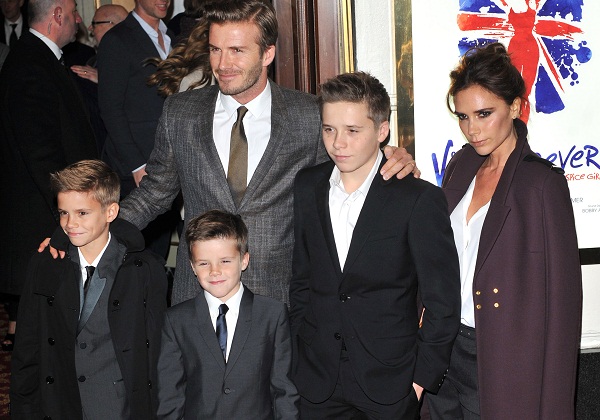 You know, it’s just not fair. It’s bad enough that David Beckham is really, really ridiculously good-looking. And that Victoria is smokin’ hot (when she doesn’t look like the Crypt Keeper, that is). Must they also birth four of the world’s most beautiful children? Not only have Posh and Becks put such beautiful children into the world, but now they’re encouraging them to make successful careers out of having their faces plastered everywhere. 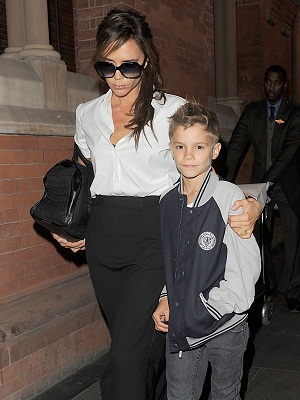 Romeo Beckham is the new face of the Burberry

Romeo, who looks exactly like his dad, is now modeling. Unlike other kids, his first gig isn’t a catalog or an ad for some small business product. No. Of course not. Romeo dove head first into modeling, making Burberry’s spring/summer collection his first job ever.

Earlier this month, the entire Beckham clan hit the streets decked out in Burberry. We should have known something was up then. But because Posh has such exquisite taste, it seemed fairly natural for the beautiful family to rock such fashionable and expensive frocks. They looked good, too!

It all adds up. David was once (and possibly still) the most famous English soccer player alive. Meanwhile, Victoria was once a member of the world’s most English (and annoying) girl group, The Spice Girls. It only makes sense that their second-oldest kid would hit the runway and vogue for the camera wearing Burberry, the quintessential British designer. Well played, Beckhams and Burberry. Well played, indeed.