Les Miserables was a miserable experience for Anne Hathaway, at least when it came time to film scenes down by the docks. Turns out poor Fantine wasn’t ever afforded the chance to live a vegan lifestyle! 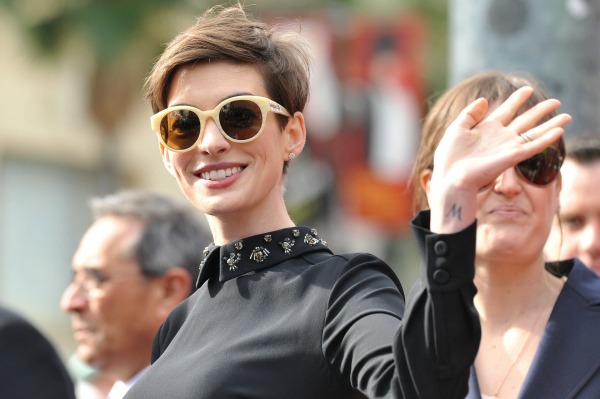 Anne Hathaway can relate to her Les Miserables character Fantine in a way she’d probably care not to. Just as the struggling factory worker famously was forced to compromise her moral standings to provide for her child, the actress was put in a highly uncomfortable situation during filming.

Since adopting a vegan lifestyle shortly after filming The Dark Knight Rises, Anne Hathaway has sworn off the use of all animal products — be it wearing, eating or even stepping on the carcass of any animal that was once alive!

Les Miserables director Tom Hooper and the production team were able to work around some of the star’s demands for Fantine, but others they either couldn’t or simply chose not to.

Anne Hathaway and Hugh Jackman transform themselves for Les Mis >>

While the wardrobe department did manage to find Anne Hathaway faux leather shoes, the smell of the docks in 19th century France turned out to be the real deal.

The newlywed actress explained, “For some reason, for the dock scenes, (Hooper) wanted us to have dead fish, for days, and days and days on end and of course this was the first role that I’ve done since going vegan, so there I am in period-looking pleather shoes, stepping on dead fish, and I was having a real crisis of conscience.”

Commiserating over the unholy smell was Anne Hathaway’s costar, the one and only Inspector Javert, played by Russell Crowe.

Expressing thanks for how he lightened the mood, the actress shared, “Russell (Crowe) came in… and he just reacted like, ‘What is this fetid air?’ It’s hilarious.”