The actor-turned-politician released a memoir recently, but didn’t share all about himself until now. He talks his life growing up, his marriage and his motivation. 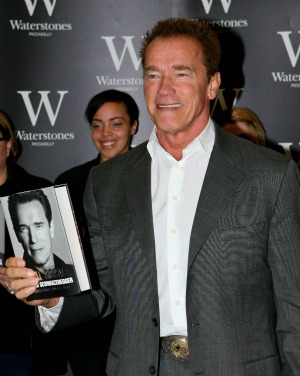 Arnold Schwarzenegger has had quite the life. He came to the United States as an immigrant and worked his way up, through Hollywood and politics. He even married a Kennedy. The actor sat down with Esquire magazine recently to talk about what makes him tick.

“My father was a country police officer. All he knew was discipline, performance, and work — not wasting your time,” he told the magazine. “He came from an era where everything was scarce, so everything had to be useful. That’s why he was so against bodybuilding. He saw it as narcissistic. His belief was that you build your muscles by chopping wood or shoveling coal, doing something with your body that benefits someone else. But it was from him that I got my work ethic.”

That work ethic even carries through to things like his New Year’s resolutions. He believes that vow is something to follow through on, and that starts with the way you make that resolution.

“I would always write down my New Year’s resolutions and mark them off the way I mark off sets and reps,” he said. “On New Year’s Eve, you can just blabber out: I want to lose twenty pounds and I’m gonna read more. But what does that mean? There’s too many variables there. If you’re really serious about it, then write down when you’re gonna lose the twenty pounds by. Is it March 1? Is it June 1? Make a commitment.”

Schwarzenegger said when he first moved to America, he knew what he wanted to achieve, saying that “It was one of my early goals to be a millionaire.” But his goals grew as years went by. Once he became a millionaire, he enjoyed his American dream, even parts of it that many Americans despise.

“I always tell my accountant, If you’re in doubt about taxes, pay more,” he told Esquire. “No Cayman Island offshore investments. No gimmicks. I love paying my taxes!”

Schwarzenegger admitted in May 2011 that he had fathered a son with his housekeeper, and later found himself alone. But in his recent memoir, Total Recall: My Unbelievably True Life Story, he admitted he was still hoping to get back together with Maria Shriver. The former California governor spoke with the magazine about what sex means to him, even at this age.

“When you get older, sex may change a bit,” he said. “When you’re sixty-five, it’s not exactly the same as when you were twenty-five. But that doesn’t mean it’s over. It’s never over.”

But in the end, the actor sounds more like the politician he eventually became, and he wants to give advice to future politicians.

“We must teach the future leaders that political courage is not political suicide,” he said in the interview. “Peace would solve a lot of problems.”