If rumors are true, NBC is considering letting Jay Leno’s contract expire in 2014 without asking him back. And who would replace him? Jimmy Fallon, of course. 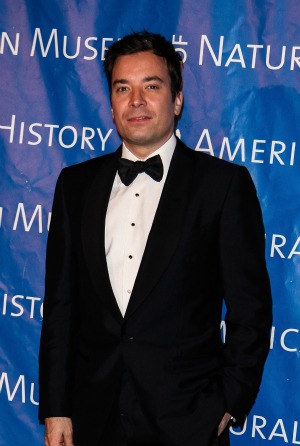 Conan O’Brien is somewhere laughing right now. After the huge controversy that surrounded his taking over The Tonight Show, which led to him eventually leaving NBC, it looks like the network is ready to try again.

“There’s word that NBC brass are ruminating over Jay Leno’s future — which would involve finally giving their current late-late guy comic, Jimmy Fallon, the coveted job as the host of The Tonight Show,” said the New York Daily News.

According to the newspaper, “multiple various talent agents” have contacted them saying they have been contacted by NBC looking for someone to fill Jimmy Fallon’s spot when the shift happens.

ABC may be the one to come out the winner in this situation. Jimmy Kimmel will move to the 11:35 p.m. slot against Leno and CBS’s Letterman, hoping to capture the ratings from the 18 to 49 age range.

“It doesn’t hurt at all that Jimmy Kimmel Live is an entertainment program headed by a star 20 years younger than his new time slot rivals, Letterman and Leno,” said the newspaper. “Meanwhile, at CBS, Leno’s nemesis, David Letterman, is also under contract until 2014, and there has been a long unsaid understanding throughout the TV industry that Leno won’t step down until Dave does.”

NBC has done a lot for Leno; they hired him in 1992 when they decided not to give David Letterman the slot left open by Johnny Carson. After they announced Conan O’Brien would be Leno’s successor, Leno was put in an earlier timeslot. But ratings for that show were bad and the network eventually opted to put him back on his show, which left O’Brien without a job (he eventually found his place on TBS).

Chances are O’Brien fans will be happy if the rumors are true.