Detailing the most extensive manhunt in perhaps all of history, this film is told through the eyes of a woman CIA agent, who will stop at nothing to bring down Osama bin Laden, the man responsible for Sept. 11. Though difficult to watch at times, director Kathryn Bigelow unflinchingly tells this true story without an ounce of sentimentality. 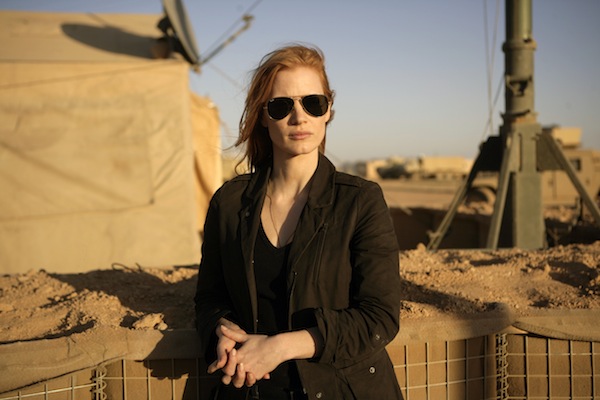 Zero Dark Thirty opens with a black screen, playing real 9-1-1 recordings from victims of Sept. 11. They are simply bone-chilling.

Next, we are taken to a CIA “black site”, a nameless place far from American soil, where suspected members of Al-Qaeda are subjected to “enhanced interrogation” techniques like waterboarding.

Good-looking Dan (Jason Clarke) has wild brown curls and a clear, authoritative voice. He tells his current captive Ammar (Reda Kateb), “You lie to me, I hurt you.” And the lies and hurting proceeds. 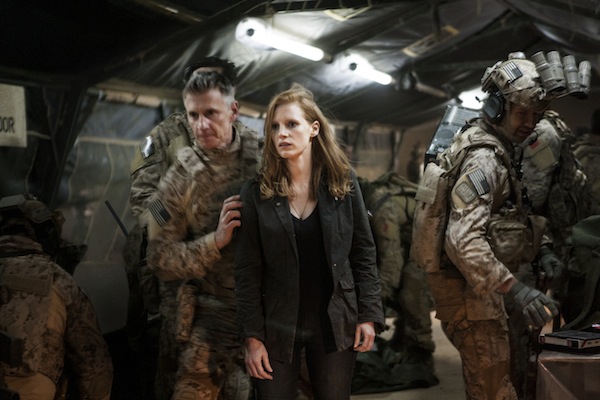 Also in the interrogation session is another agent, slight of build and wearing a black hood. When the agent removes the hood, we shockingly realize she is a woman. Maya (Jessica Chastain) doesn’t necessarily like being in the torture business, but she’s so obsessed with finding Osama bin Laden, she sinks to the occasion.

Back in the United States, Maya spends long weeks that turn into years of scavenging the smallest of leads trying to find bin Laden’s location. Eventually, after chasing numerous red herrings and the death of several of her co-workers in a suicide bombing, Maya locates a large home in Abbotabad, Pakistan, that has high walls and a covered patio. There are three adult women living in the home, but only two adult men have been sighted. Maya has reason to believe a third man is being hidden in the home.

With this information, Maya must not only convince the rest of the CIA that she’s found bin Laden, but persuade a rugged team of Navy SEALs to risk their lives to kill him. No small feat. 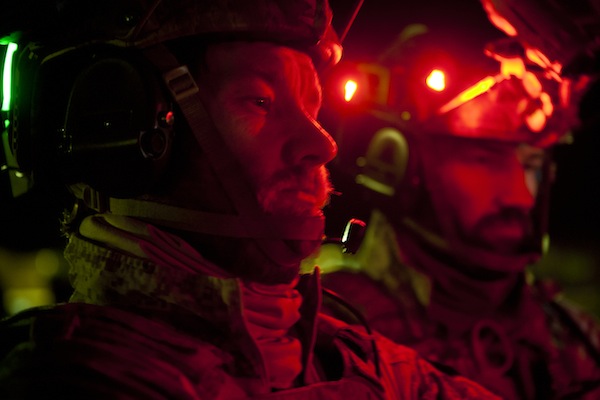 What’s most impressive about Zero Dark Thirty is that it is a woman’s story — a woman with the vision, intelligence and tenacity to scour the globe and hunt down this modern-day monster. So many other directors could have made this a sentimental journey about a woman searching for the strength to follow through on such an ambitious task, but not Kathryn Bigelow.

Just like in the Hurt Locker, Bigelow shows the audience every dirty twist and turn, every morally blurry situation that war brings about. She doesn’t preach that torture is right or wrong, she presents it for the audience to decide.

Chastain is fantastic as Maya, the prickly go-getter responsible for finding bin Laden. Though her pretty red hair and petite stature give her a fragile appearance, her roar is as loud as a lion’s.

Bottom line: This isn’t an easy movie to watch due to the scenes of torture and killing, but the last 45 minutes when the Navy SEALs make the journey to bin Laden’s compound, will blow your mind. We all know one of the Black Hawks crashed, but to see it go down is simply harrowing.