The 34-year-old son of actor Michael Douglas was sent to prison in 2010 on drug charges and recently broke some bones in a handball game. But sources are saying it was more than that. 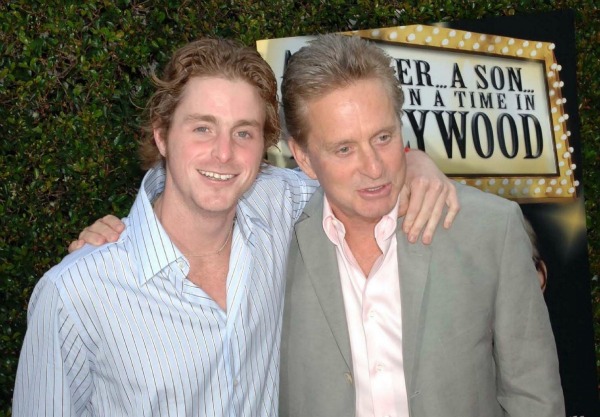 It sounds like the plot to a movie his father Michael Douglas might have starred in but, for Cameron Douglas, it’s real life. The 34-year-old was reportedly beaten in a prison in Pennsylvania, where he is serving time for selling drugs.

“Cameron Douglas, 34, suffered the injuries — including a broken femur — after a New York City crime boss put a $100 bounty on his head during the prison flag-football league season because he was a ‘rat’, a prison source told The New York Post,” said Christie D’Zurilla with the LA Times.

The source said that Douglas later dropped out of the league, but continued to be targeted anyway. The injuries ended up happening during a game of handball.

“You don’t break a femur playing handball,” the source said, according to D’Zurilla, “He’s still walking around on crutches two months later.”

Douglas was sent to prison in 2010 on charges of distributing meth and possessing heroin. Because of giving up his alleged drug suppliers (which his psychiatrist later accidentally admitted in a hearing), he was given a five-year sentence instead of 10 years, The Daily Mail said. But it didn’t matter because he was later given more prison time.

“An additional 4-1/2-year term was tacked onto that last December for having drugs smuggled into the Metropolitan Correctional Center in New York on his behalf,” said D’Zurilla. “Though serving time at a federal prison in Loretto, Pa., Douglas was in New York to testify against a former supplier.”

Michael Douglas spoke out about his son at the time of his sentencing in 2010, saying the prison sentence could be a “blessing in disguise,” said The Daily Mail. “He assumed blame for ‘being a bad father’ but said that without prison intervention, Cameron ‘was going to be dead or somebody was gonna kill him. I think he has a chance to start a new life, and he knows that.'”