Is there more All My Children and One Life to Live in our future? The defunct soaps are back in the news and primed for a return. Almost a year after their cancellation, there’s talk of a revival. 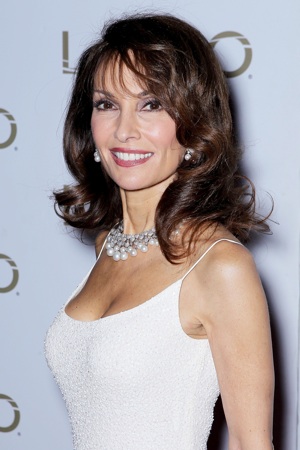 Over the past three years, the soap world has been rocked by cancellations. Daytime dramas have been dropping like flies, with the latest casualties coming from ABC. The network discontinued All My Children in 2011, followed by One Life to Live in early 2012.

Prior to their exits, a production company called Prospect Park approached the network with an offer. They would relaunch the shows and keep them alive — online. Unfortunately, the deal fell through and neither drama was revived.

Just when the pain of the bait and switch began to fade, Prospect Park has returned. According to The Hollywood Reporter, the company has reached a deal with SAG-AFTRA and is in talks with the DGA and WGA.

Prospect hasn’t given a statement regarding their AMC and OLTL plans, but production is rumored to start as early as January. Apparently they’re already in touch with actors from both shows.

If they’re able to get One Life to Live up and running, they’ll have a huge dilemma. The show’s former head writer and producer (Ron Carlivati and Frank Valentini) are currently employed at ABC’s remaining soap, General Hospital. Not only that, but several of One Life’s major stars have contract roles on said show.

Fingers crossed they find a way to work things out.