As if news Miley Cyrus’ dog died wasn’t heartbreaking enough on its own, word comes that the young star has lost another one of her beloved pets. Her mom, Tish Cyrus, explains what led to the loss of both Lila and Ziggy. 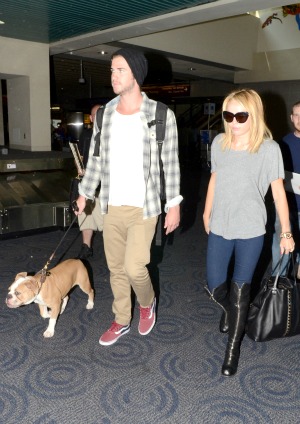 When Miley Cyrus tweeted news of her dog Lila’s death last week, she failed to elaborate on what caused her beloved pet to pass away, and the fact that the incident meant another one of her four-legged friends would be removed from the family home permanently.

Her mother, Tish Cyrus, has let fans in on the heartbreak the singer has been going through, revealing that Lila died after being attacked by one of the star’s other dogs, Ziggy.

“As for Miley, its been a really tough week. As you all know her beloved baby girl Lila passed away,” Tish Cyrus wrote in a note on her personal blog.

“Everyone has been so precious and so supportive of her and I love you all so much for that. Miley loved Lila more than anyone can imagine. I know some people were saying its JUST a dog, but to Miley she was so much more.”

Revealing what happened to the pooch, she went on, “The way that Lila was taken from [Miley] was beyond terrible. Sometimes things happen that we just can’t understand. Miley still isn’t ready to talk about it, but I thought you guys should know what happened. For some unknown reason, Ziggy… grabbed Lila.”

“Not really sure if she was playing or what? She grabbed her in just the wrong spot and Lila didn’t survive,” Tish Cyrus added.

PETA gives Miley Cyrus a pig for her birthday >>

Speaking of Ziggy, pictured above with Miley and fiancé Liam Hemsworth in July, she pleaded, “Please understand that Miley isn’t ready to talk about this and we dont think Ziggy is a mean dog. We took Ziggy to SPOT dog rescue and they found her a new home with no other pets or children just in case it wasn’t a fluke. So not only did Miley lose Lila, she feels she lost Ziggy as well.”

While Miley Cyrus has yet to speak a single word about Ziggy in regard to the incident, she did Tweet Sunday, “Feeling connected to my baby girl Lila after tonight. i know she’s up in doggy heaven proud of her mommy for staying strong.”

Do you think it was right of Tish Cyrus to reveal how Miley’s dog died?