“Every single thing in my life is built around race,” Jamie Foxx tells Vibe. He says he sees racial bias everywhere, and that black people may be too “sensitive” to enjoy Django Unchained. 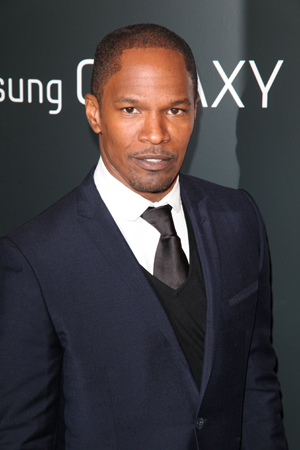 “As a black person it’s always racial,” he tells Vibe in an interview for the magazine’s December/January issue. “I come into this place to do a photo shoot and they got Ritz crackers and cheese — I’ll be like, ain’t this a b****. Y’all didn’t know black people was coming. What’s with all this white s***? By the same token, if there is fried chicken and watermelon I’ll say ain’t this a b****?”

Foxx says he has to act one way at home, another way elsewhere.

“[T]he minute I leave my house, I gotta put my other jacket on and say ‘Hey Thomas, Julian and Greg,” he said. “But when I get home my other homies are like how was your day? Well, I only had to be white for at least eight hours today.”

Foxx also anticipates controversy over Django Unchained, in which the n-word is uttered more than 100 times, and violence against slaves is depicted starkly, and, some say, exploitatively. He says a rape scene may be a flash point, but that director Quentin Tarantino shot the scene so as not to expose or exploit Kerry Washington.

“Because there are certain things that we watch as black people that if we don’t agree with it, we not only turn off the movie, but we turn off that person,” Foxx said. “When we feel like the character was compromised by the white establishment.”

Still, he says that Django Unchained is an important movie, if only to remember what life was really like for slaves in the Deep South.

Django Unchained has drawn criticism from such prominent filmmakers as Tyler Perry, who Foxx said was somewhat mollified after learning that Tarantino had seen all of Perry’s movies, a feat even Foxx admitted he hadn’t managed.

Django Unchained is set for a Dec. 25 release.