As if we didn’t see it coming, the debut weekend for Peter Jackson’s Lord of the Rings prequel made a gigantic dent in the weekend box office, although the Hobbits didn’t quite live up to their projections. 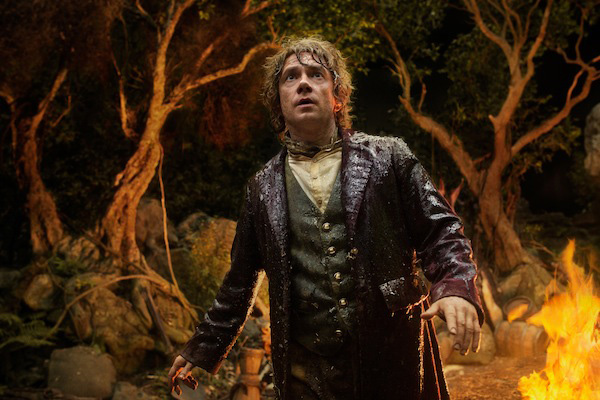 Bilbo Baggins, Gandalf, Gollum and all the dwarves may have had An Unexpected Journey, but we all expected they’d pull in some major numbers at the weekend box office. The latest installment of the Lord of the Rings saga earned a record-breaking $85 million in its first three days, blowing the previous top spot, I Am Legend, well out of the water by some $8 million. Surely a celebratory affair, although predictions had been cast that the Middle Earth gang would earn some $100 million in its opening days. We’re pretty sure the flick will easily surpass its $250 million production costs in no time at all.

Rise of the Guardians

Just in time for the holidays, Rise of the Guardians climbed to the No. 2 spot with some $7.5 million in weekend earnings. The film follows the magic and mystery of folklore as Santa Claus, the Easter Bunny, Tooth Fairy and Jack Frost fight back against the foes threatening their favorite kids all over the world. Rise of the Guardians features the voices of Hugh Jackman, Alec Baldwin and more, and is fun for the whole family!

Lincoln came in at No. 3, just shy of Rise of the Guardians, with $7.2 million. Daniel Day-Lewis stars as Abraham Lincoln in this great biopic.

Skyfall‘s still swinging in the ring at the No. 4 spot. Daniel Craig and crew managed $7 million, proving yet again that Bond never goes down without a fight.

The epic survival adventure Life of Pi — based on the 2001 Yann Martel novel — held down the No. 5 spot, reeling in $5.4 million. The movie is a great fit for anyone looking for some reflection or spiritual consideration.

Breaking Dawn — Part 2 is on the downward swing, as it moved to No. 6 this weekend. The film is the epic conclusion to The Twilight Saga, and stars Kristin Stewart, Robert Pattinson and more.

Disney’s Wreck-It Ralph continues to make the top 10. John C. Reilly and Sarah Silverman move the comedy along, exploring the animated video game world on a mission to discover what it truly means to be good guys.

Gerard Butler and Playing for Keeps hasn’t panned out quite how the team hoped. Butler plays a soccer star taking a step back to rekindle relationships with his son and ex-wife, but the numbers just aren’t adding up: Playing for Keeps only scored $3.2 million. Maybe Butler should keep to the action flicks.

Red Dawn came it at No.9, with $2.3 million, starring Chris Hemsworth and his crew of small-town American teens holding down the fort against a homeland invasion.

The romcom, novel-inspired Silver Linings Playbook rounded up the list at No. 10 with $2.8 million. The film stars Bradley Cooper, Jennifer Lawrence, Robert De Niro and more and explores the challenges of a bipolar love story.