The Hobbit snagged an $84.8 million opening, best ever for December. So why are insiders fretting about the film’s box office chances? 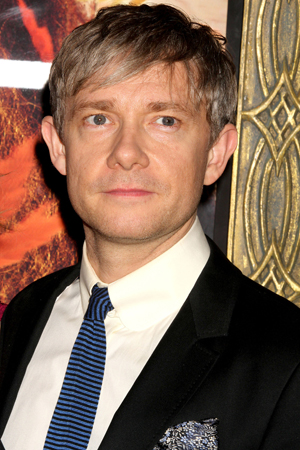 What? Why? Because ticket takings plunged 25 percent from Friday to Saturday. This signifies a film’s box office is “front-loaded,” meaning, all the Middle-earth geeks ran out to see it Friday, and other people aren’t as interested in seeing it.

This front-loaded phenom is common these days in big budget movies that go into wide release their first weekend. Back before the late ’80s, many movies used to open up first on a few hundred movie screens in metropolitan areas.

They’d get reviewed, and if the takes and reviews were good, then and only then would they go into wide release in more theaters.

The trend now, however, is for gigantic tent-pole pics such as the Harry Potter and Twilight films to open up in thousands of theaters their first weekend. Then, everyone who’s a Twi-hard or what have you, goes to see the movie the very first night it opens. Once the hard-core fans are done, the film may or may not catch on amongst the non-converted.

So though The Hobbit’s $84.8 million weekend take handily beat out I Am Legend’s then-record-setting $77.2 million bow in 2007, insiders are still grumbling that its performance ultimately may not impress.

Reviews for The Hobbit were middling (get it?) as well. The reviewer for The Huffington Post sighed, “my enthusiasm for ore Hobbit adventures is at an all-time low,” while the New York Times reviewer alludes to a “film critic suicide-watch” at the prospect of having to watch a multi-hour Hobbit trilogy.