Rumors are flying about what might be Pippa Middleton’s next gig. Would you want to see her on the Today Show? 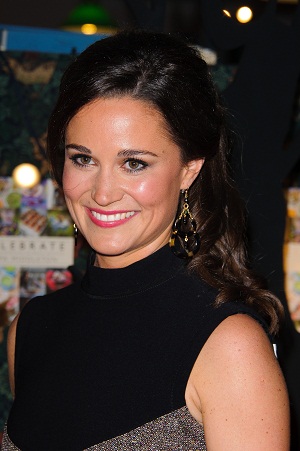 Pippa Middleton is the sister we all want to have replace. She can rock a thin, white dress and fake tan better than anyone and score a huge advance on a poorly selling book like the best of them. But, can she hack it as a Today Show special correspondent? We may (or may not) get to find out.

Reports are conflicted on this one.

The U.K.’s less-than-trustworthy Sunday Mirror was the first to claim that Pippa is in talks with NBC to be a “special correspondent” for Today. They even say she’ll earn $600,000 for just 20 appearances on the show.

“There has been no such offer made to Pippa Middleton by the Today Show,” a nameless rep told E! News. “She of course is welcome as a guest on Today anytime.”

While E! is determined to be a Debbie Downer on this potential gem of a possibility, Perez Hilton is full of high hopes.

According to Perez’s source, NBC thinks Pippa would be a successful addition to the show because of her in-law status with the royal family. She wouldn’t cover royal family affairs but, instead, things that are more in line with her interests — like the Chelsea Flower Show or the opening of Buckingham Palace, and Opera House nights. Perhaps most important, though, is that none of her pieces would be live.

“The offer gives Pippa the chance to have editorial input on what she says,” said Perez’s source. “And, as most of this work would be pre-recorded, she would not be caught out.”

Whether this is true or not, speculators seem to think Pippa’s addition would help boost ratings for Today. However, Pippa’s publishing house also thought her book would earn huge sales because of her name and its new royal link, but the book, Celebrate, only sold 2,000 copies in its first week. Are they putting more value to the Middleton name than it’s actually worth?

How much stock do you put in Pippa? Do you think her royal-in-law status makes her worth the fuss/money?