How many unsung heroes could be your neighbor? In Gavin DeGraw’s latest music video, you are reminded that worthy men and women could be right under your nose. 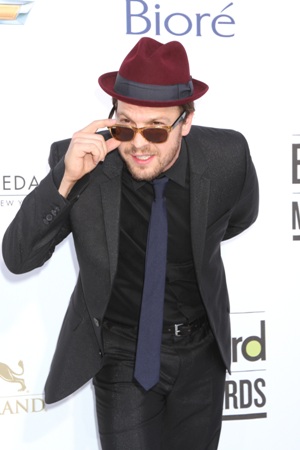 Gavin DeGraw is the pinnacle of positivity, isn’t he?

When Gavin DeGraw releases a music video, I get a little excited. He always has a great story to sing about and his music videos capture them in the perfect way. I hadn’t listened to his track “Soldier” before watching the video, but it definitely is a solid stand-alone.

The backstory of filming the video, according to LifeofARockstar.com, was that there was an undesirable chance of rain the day of shooting. While they were willing to take the risk, it ended up pouring. And as you can see in the video, the rain — completely unintended — actually ends up making it more cinematic.

Carl Diebold, the director of the video, said of Mr. DeGraw, “He was a trooper. It was really cold out that day. He had the option to keep going back down to his trailer after each take, but he stayed up on the bridge with us and helped us, saving time that way, so he was great.”

Also adding to the video is the fact that the stories we see are actually true. The piano on the Nashville bridge, combined with the 600 extras to make for the grand finale, made this inspirational video all the more special.

Support for a notable cause: Wounded Warrior Project

To raise awareness and support for the Wounded Warrior Project, DeGraw dedicated this video to the troops. At the end of the video, he asks viewers to donate.

The message itself speaks to people who have “soldiered” for others — with sacrifices that have changed the lives of those around them. Heroes don’t have a certain appearance, and they can exist all around us without asking anything in return.

Soldiers can be mothers, fathers, brothers, and sisters — and they don’t necessarily need to be in the army. Make sure you take time out of your day to say “thank you” to someone in your life who has either made a difference to you or someone around you.

Haven’t had enough? Why not check out more editor’s picks: