The singer puts on a fundraiser called House Full of Toys each year, and this year he wasn’t shy about sharing his thoughts on gun control after the deadly school shooting on Friday. 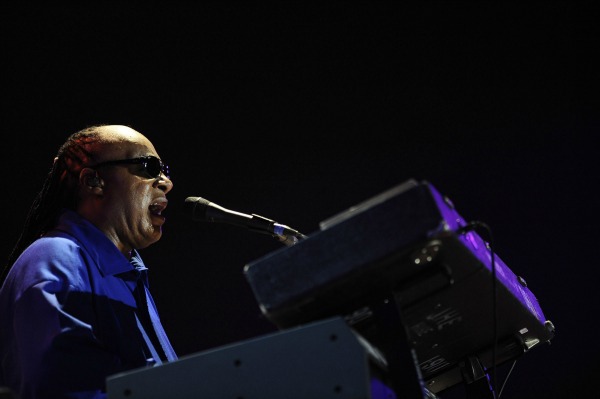 Every year, Stevie Wonder holds a concert with some famous musicians for his House Full of Toys charity. But this year was a little different for many reasons.

“This year’s show faced some major obstacles coming in: The host was battling a severe sore throat that forced him to get a shot of antibiotics during the day to even go on, and the next biggest name on the bill, Bruno Mars, was unable to perform due to his own throat problems,” said Rolling Stone magazine. “But being the professional he is, Wonder persevered — with the help of several friends — and delivered another night of musical memories at LA’s Nokia Theater.”

Sickness or not, Wonder came out fully dressed as Santa and put on a show. But after the show, he decided to share some thoughts with Rolling Stone about Friday’s school shooting in Connecticut.

“I think we’re at a very interesting time now where we can use again tragedy such as this, which is a major tragedy, as a way to moving forward to something that we need to confront,” he told the magazine. “I think people can’t think like they’re living in the wild, wild west going into 2013. With guns and their accessibilities, there have to be stronger and stricter gun laws. It’s OK saying no, it’s OK particularly when you know some people are not as mentally stable. So you don’t want them to have a gun or any other kind of weapon at their disposal.”

He related his thoughts on gun control due to the shooting on Friday, and the pain caused throughout the country.

“Here we are in this time where we’re all in pain because of the loss of some 18 children and 12 adults — it’s ridiculous,” he said. “No matter how you look at it, it’s ridiculous and if you don’t see that there’s a need to think differently, to see things a little differently than you did in the past, then you’re not in touch with today, you’re still lost in yesterday.”

The rest of the night was more of a lighthearted event though, and it is likely to be a star-studded event for years to come.