Darren Criss is best known for his character on Glee, but deep down, he is just a singer-songwriter. He made a point to make it to New York to once again help out Toys for Tots. 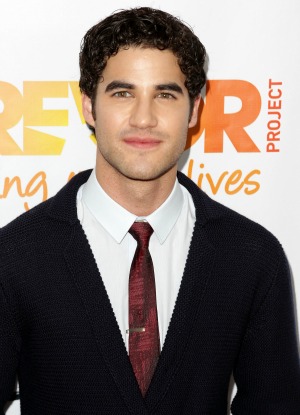 Glee’s Darren Criss is more than just a pretty face, and he showed it this weekend by (once again) performing for a Toys for Tots fundraiser in New York.

“I just flew in like maybe two, three hours ago, and I have to leave in probably less than an hour to get back to LA,” Criss told Yahoo. “It’s really important to me that I can be a part of it.”

The performance marked the third year Criss has performed for the charity. In 2010, he began asking fans to bring toys to his shows to help children in need.

“This year, his appearance was in conjunction with eBay, who’s agreed to match every toy donation made to the program through the website for the rest of December,” said Yahoo. “People can go the website or use their smartphones to select a gift for a child in need.”

Criss has played Blaine on Glee since 2010, but has been acting and singing since he was a kid. He got his very first part in Hollywood in 2005, and had appeared on many (mostly failed) TV shows before landing the role on Glee. He also performs as a singer-songwriter and said eventually he hopes to release an album full of non-Glee music.

“I’m always writing something and recording, but hopefully whenever we do come out with something it’ll be something I’m proud of,” Criss told Yahoo. “It’s tough when you’re a musician and you like to be a big part of your projects, because unfortunately, I can’t just go in and sing some songs that other people wrote. I have to be involved in the writing process and the producing process and the arranging, so it takes a bit of time.”

For now, it looks like Glee helps Criss do the things that are more important to him, like providing underprivileged children with toys for the holidays.