Seyfried’s co-star wanted to give her a nice birthday present. He said when the lap dance was over, “she seemed happier.” 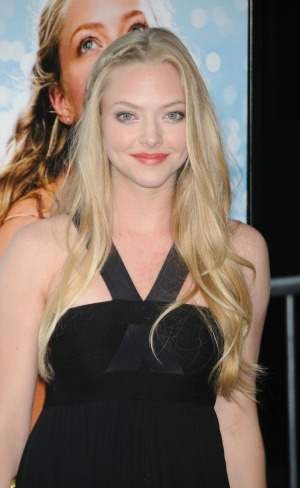 Amanda Seyfried is one lucky girl. She has worked with some of the hottest guys in Hollywood, and her current co-star in Les Miserables, Hugh Jackman, is no exception. He spoke with Jay Leno about giving Seyfried a lap dance for her birthday this year.

“I don’t know if you had heard, but I had done one for Barbara Walters all those years ago,” he told Leno on The Tonight Show. “Very steamy. It had been a while and I had promised never to do it again, but Amanda’s birthday was the night of one of the premieres for the movie in New York, so I was singing her ‘Happy Birthday.'”

He said she “looks as sweet as pie,” but that may not actually be the case.

“Everybody’s been asking me about it but I don’t really remember it because I was so embarrassed,” Seyfried told E! earlier in December. “I hadn’t been drinking, sadly. I was really embarrassed, but in a good way. [He’s] amazing. I love him so much. He could do anything.”

But Seyfried did say that she was able to experience it later.

Jackman told Leno that he started slowly but then “started grinding it out for her.”

“She seemed happier, I don’t know,” he added with a smile.

Seyfried and Jackman will appear together in the much-awaited Les Miserables, which comes out on Christmas Day. Les Mis also stars some big Hollywood names, including Anne Hathaway and Russell Crowe.

The SAG and Golden Globe award nominations were both announced this week, and the film is up for some big awards next year. Hathaway and Jackman were nominated in their categories, as well as the film itself earning many of the nominations.