The actor was one of the many guest stars Saturday night on the last new episode of SNL this year, but it looks like he may have caused some trouble for the show. 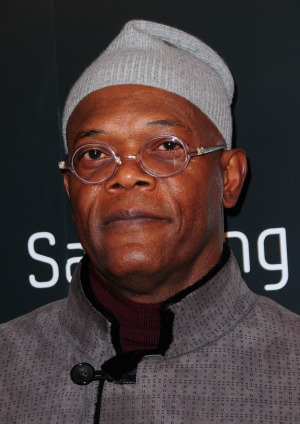 The Twitter world went wild Saturday night about a Saturday Night Live skit featuring one of the many surprise guests on the show. Samuel L. Jackson appeared in a skit with Kenan Thompson and let go what sounded like an F-bomb, as well as another not-so-broadcast-friendly word.

“At the end of Kenan Thompson’s latest What Up with That? sketch, the Django Unchained star grumbled to Thompson’s DeAndre Cole that the host’s penchant for running out of time before his guests can open their mouths was ‘(expletive),’” said USA Today. “Just prior, Jackson seemed to spit, ‘Man, (expletive)!’”

Thompson , seemingly off script, said, “Come on, Sam… That costs us money,” which made the audience crack up.

But Jackson later said things are not always as they seem. Just after the show ended, he posted a (sort of) apology on Twitter.

Jackson’s fans don’t seem to mind though. The actor’s reputation only seemed to improve based on the SNL episode.

Another fan, @hayleyfiasco tweeted, “@SamuelLJackson you can do no wrong. Ever. #SNL”

However, Mike Ryan with the Huffington Post points out the upsides of the sketch.

“If nothing else, at least we saw Jason Sudeikis‘ red tracksuit guy one last time this season,” he said.

The rest of the episode was very well received. With it being only Martin Short’s second time hosting (the last time he hosted solo was 16 years ago), he put a lot into it.

“[Martin Short] sank a ton of effort into his duties and almost made this feel like the joyous holiday show that it should have been,” said Ryan.