In case we don’t have enough of the Biebs in our life, he thinks it would be a good idea to create a sitcom based on his life. And chances are, every teen girl will watch every week. 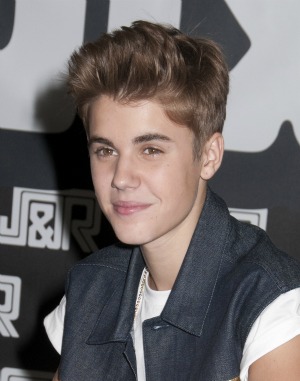 Because teen girls have shown they will buy anything and everything related to Justin Bieber, ABC has decided to capitalize on the singer. The network has announced they are (once again) planning a show based on Bieber’s life. But it looks like he will also be an important part of the new show.

Matt Wolpert and Ben Nedivi are writing the script and will also be executive producers along with Bieber and Braun. The two have previously written for Entourage, which could give the new show an interesting voice. The show is similar in many ways, showcasing the behind-the-scenes life of a star.

“The untitled family show would center on Bieber’s background before he got famous,” said TV Guide. “The comedy is about a future pop star’s awkward teenage years and his unorthodox family.”

It sounds a little like the life of Hannah Montana, but Bieber is sure to make the idea his own. There is no word on whether he will be playing the character, but since he is no longer 13 years old, there is a good chance they will find someone else. (Although in all fairness, he could probably still pull off being a 13-year-old.)

“Originally intended as a multi-camera comedy for the 2011 season, the now single-camera project is under consideration for next season and has received a script commitment from the network,” said E! News.

Logically, the show should eventually make the characters famous unless it only have a shelf-life of a year or two, especially since the character will be growing up. But for now, Bieber just seems to want people to see what his life was like back when he was normal.

This will not be Bieber’s first adventure on TV. He has been featured on MTV’s Punk’d as well as guest-starring on CSI.