Just as it was once again beginning to feel like it was too much to ask for a funny SNL, they go and do this! 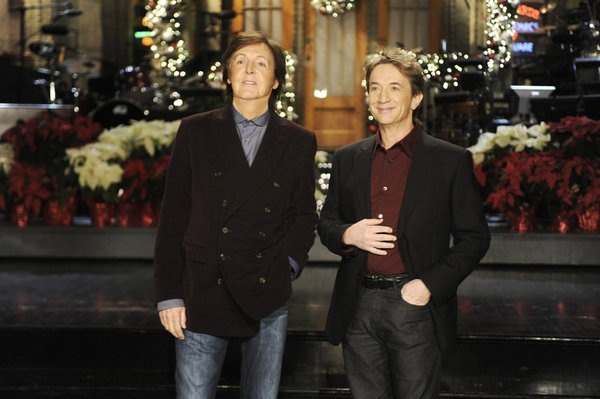 Apparently, the NBC execs and SNL booking people heard the pleas for a funnier Saturday Night Live. It’s been years since SNL has been the kind of laugh out loud funny it was during the days of John Belushi, Dan Aykroyd or the more recent cast member, Will Ferrell.

This week, as an early Christmas present, Saturday Night Live is bringing back two oldies, but goodies.

Hosting this week is Martin Short, an actual Saturday Night Live alum. Short, who appeared on the show for eleven seasons between 1984 and 2005, is a pro at sketch comedy and at dealing up consistently unique and hysterical characters. His character, Jiminy Glick, was so funny, whole movies were based around him. There was also the quirky and Wheel of Fortune-obsessed Ed Grimley, who first appeared in the other sketch comedy show, SCTV. Martin’s small and spritely build often lends to some nimble physical comedy as well. Check out this clip from back in the day.

Am I the only one who can still enjoy humor that isn’t as sexualized or vulgar as “D*** in a Box?” 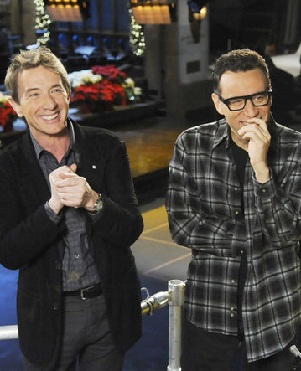 SNL‘s musical guest this week is Paul McCartney. Paul performed with the original members of Nirvana earlier this week at the 12.12.12 concert to benefit relief for victims of Hurricane Sandy. Instead of doing a Nirvana cover, they performed an original song that Dave Grohl and McCartney had written the day before. Since only a few days will have passed since the 12.12.12 concert, here’s to hoping SNL treats us to another round of Sirvana. Even if that’s not the case, McCartney still serves up a little of his own humor in the SNL promos shot earlier this week. They reek of so much attitude, it might be safe to start calling Paul Sir Sass-a-lot.

With this classic pairing, Saturday Night Live ought to be decent. After all, we’ve got stereotypical British humor to accompany Short’s classic SNL chops.