Taylor Swift and her family are safe after an alleged stalker is arrested on her Tennessee property. 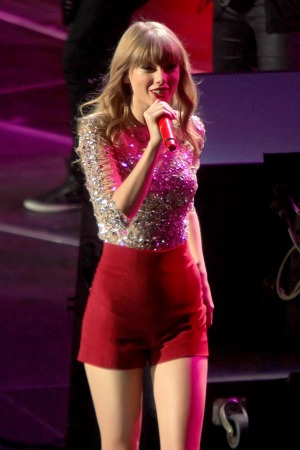 Taylor Swift has been making the news for her music, her boyfriends and now her stalker. On Friday, 24-year-old Jacob Nicholas Kulke thought it would be a good idea to hop on a bus from Wisconsin to Swift’s home in Tennessee, climb a fence and stop by for a visit as a birthday surprise.

Instead of meeting the singer, he was charged with trespassing at 1:45 a.m.

Swift turned 23-years-old on Thursday, but she isn’t even in the U.S. She is currently overseas in Britain with her new boyfriend, Harry Styles, of the boy band One Direction.

The home that Kulke visited is only linked to the Grammy winner, it has not been confirmed that it is her main residence. According to The City Paper, the home is located in a suburb of Nashville and a trustee who has handled real estate for Swift in the past bought it. Rumors are her parents are using the property.

It was security guards on the property who alerted the authorities and had the trespasser arrested. He is being held on $10,000 bond.

The stalker did have a pocketknife on him, and he told police that he was dating a resident of the house. On her birthday, Kulke tweeted, “Happy Birthday @taylorswift13 !!!! :),” along with a Twitpic of the city of Nashville that said, “Let Your Inner Country Star Sparkle in Nashville.”

That was the last tweet on his account until he was arrested on Friday morning. The suspect also has had several run-ins with the law, as uncovered by TMZ. Kulke was convicted of disorderly conduct, drug possession and battery in 2010 in Wisconsin.

NewsChannel5 in Tennessee also discovered an arrest for second-degree burglary in the state of Colorado, along with a warrant for his arrest due to a probation violation. He is due in court next week.

Thankfully, Swift and the rest of her family are safe.