Amanda Bynes is ending the year with fewer legal issues as her lawyer gets two hit-and-run charges dismissed. 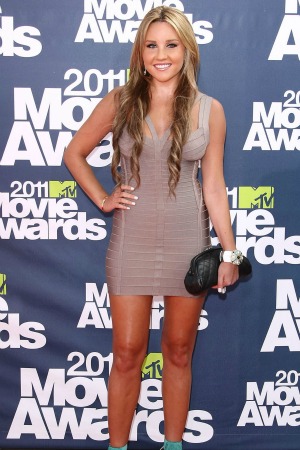 Amanda Bynes‘ legal troubles have been hard to keep track of, but apparently her attorney has cleared up several of her legal issues. On Friday, the actress had two hit-and-run charges formally dismissed. Both of the charges were considered misdemeanors.

How did the troubled 26-year-old clear up some of this mess? According to Radar Online, she was able to reach a civil agreement in the two separate cases. Back in late September, the actress had her lawyer, Richard Hutton, plead not guilty in both cases.

The first case happened in April, when she rear-ended another vehicle. The second case involved Bynes leaving the scene of a minor fender bender without exchanging information with the other driver. The victim recognized the star and called in the accident to the police.

According to Radar Online’s insider, “Amanda Bynes was able to reach a civil compromise in both of her hit-and-run cases. The two separate victims agreed to dismiss the charges after a financial settlement was reached with both. This is routinely done when both sides are able to come to an agreement, and there really is no need to pursue legal charges because damages to their respective vehicles was paid for.”

This does not relieve the Easy A star from her DUI and two other counts of driving with a suspended driver’s license. That case is still pending and will go in front of a judge next month.

While the settlements may make the accident victims happy, the LA City Attorney’s Office is not too happy with this outcome. TMZ is reporting that the office is “infuriated” by the court’s decision.

After the loss of her driver’s license, Bynes moved to NYC where it is much easier to get around, thanks to public transportation. The drivers in LA are grateful for her East Coast move.