Our favorite country-pop princess goes rogue when she meets a bad boy in her latest music video. 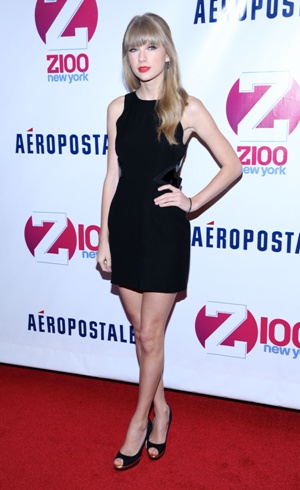 The voice-overs almost made me laugh

Taylor Swift is a gorgeous, bubbly blonde bombshell that is almost as straight and narrow as she is physically straight and narrow. With that said, when she started her ominous voice-over about the worst part “wasn’t losing him, it was losing me” bit, it set the bar high for the video’s plot. Does she deliver?

She wasn’t a bad girl, just a dirty girl

She looks like she hasn’t showered in days, and her experience in dating a bad boy didn’t convert her into a bad girl. It just changed her into a hopeless and helpless naive girlfriend, which seems to be a common theme in a lot of her songs.

The video features her pink-haired character consumed by infatuation, where her lover seems to party too hard, get into fights, and ends up wandering.

It’s an intriguing role change for Ms. Swift, as she has pretty much stuck to her sweet identity. For her 23rd year of life, perhaps she is trying to have an edgier appearance?

Who knows, subconsciously, this could be a video to showcase some dark, deep-rooted alter ego she has had with her love life. She undoubtedly is a talented girl, but has dated more than John Mayer, perhaps (She even dated him, didn’t she?). And I couldn’t help but wonder if this song was about him, even though I’ve heard that “Dear John” was his dedicated track. The extended irony of this is the video reminded me of Mr. Mayer’s current girlfriend’s (Katy Perry) video “The One That Got Away.” Although Perry’s depicted relationship in the video had a positive overtone, it possessed the same chaotic and all-consuming love.

Unhealthy habits and consumed by infatuation or love? Everyone has one of those, why not witness Taylor Swift’s re-creation of it? If not the plot, you’ll enjoy her Twilight-esque voice-overs that definitely made me smirk.