Skylar Grey grabs our attention with her quirky jab at our hypersexual culture. 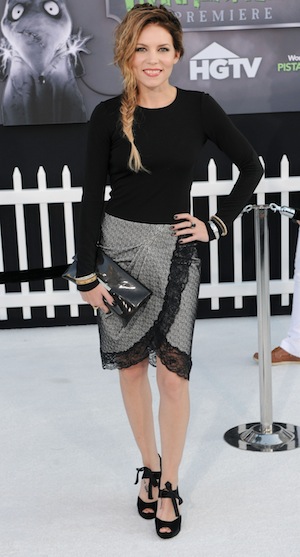 “I’m poking fun at the overtly sexualized aspect of everything in this world today,” Skylar Grey told MTV News

No way. Our culture isn’t sexualized — I mean I really love Trey Songz for his sensitivity and respect for women.

I joke. Ms. Grey has a valid point, and she makes an amusing music video that makes light of an otherwise depressing situation.

Music is expression and everyone is entitled to making it the way they want — but it’s always entertaining to watch an artist make fun of what we’ve all grown accustomed to.

If you can’t beat them, join them.

Without ruining the hilarity, the video depicts a trailer park riddled with men who fawn over bikini-clad women. Skylar, upon seeing this, decides to operate as a plastic surgeon, who gives them updated looks reminiscent of the Real Housewives of New Jersey.

Did I mention her tool of choice is not a scalpel, but a chainsaw?

Could there be a moral of the story underneath all this sarcasm?

Grey wears booty shorts and has a bod that would make a grown man cry, yet she still had to compete with other beautiful women. Lesson, maybe? Or even the fact that they live in a trailer park, yet somehow make a way to afford surgery (Priorities, anyone?).

With the funky spirit of a No Doubt song, the addictive chorus also features the beloved Eminem. Who better to make jabs at an irritating norm than Slim Shady? The video goes as far to remind me, if only briefly, of Mr. Shady’s earlier days, and Rolling Stone apparently agreed, saying the track “reconnects with his goofier side.”

Skylar and Eminem have an unusual chemistry, and she ends up being the perfect “ying” to his “yang,” which makes me wonder why they don’t ride off into the musical sunset and continue on as a duo.

What else do I recommend? Check out more editor’s picks: