There’s a vacancy at the Bates Motel and A&E wants you to check in. The cable network has premiered a new trailer for their upcoming drama. Watch as Norman Bates is groomed to become the infamous psycho. 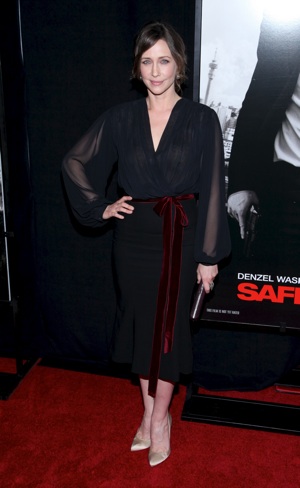 Norman Bates has stepped into the 21st century. A&E has released the first full trailer for the prequel, Bates Motel. It’s the predecessor to Alfred Hitchcock‘s Psycho. Instead of making it a period piece, the show takes place in the present.

Former child star Freddie Highmore plays an adolescent Norman, while Vera Farmiga stars as his mother, Norma. The series follows their unconventional relationship that veers on obsessive. Viewers will get a front row seat for how Norman went from a mild mannered boy to a methodical serial killer.

Bates Motel is executive produced by Carlton Cuse, who’s known for his work on ABC’s Lost. It also co-stars Nestor Carbonell, who had a recurring role on the island drama. Other cast members include Mike Vogel, Jere Burns, Nicola Peltz, Olivia Cooke and Max Thieriot.

Cuse describes the setting as a “town [that] looks really beautiful on the outside but underneath it is something very dark and malevolent.” That’s a theme that also runs through the characters. Highmore is able to play Norman as innocent one minute and devilish the next.

Farmiga’s Norma appears to be a carefree mother, but there’s something brewing beneath the surface. In Psycho, Norman paints her as domineering and emasculating. We’re just waiting for that shift to happen!

Will you be tuning in next spring?