Reps for NYC strip club Scores made an offer to Lindsay Lohan: We’ll pay your rent and storage locker bills, and you don’t even have to get naked — we promise. 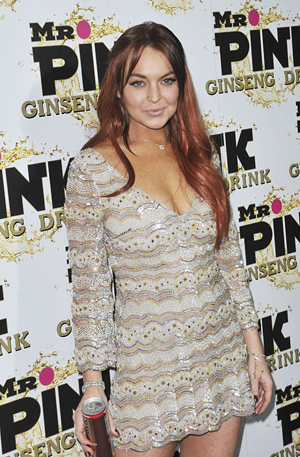 Are the folks at Scores buzzards circling around Lindsay Lohan, or good Samaritans? Reps from the website associated with the Manhattan strip joint sent Lindsay Lohan an invitation: Work for us and we’ll pay your bills.

As we reported this week, Lohan has supposedly been begging pals for loans to pay the $16,000 she owes on a storage locker unit. Her bank accounts have been frozen due to IRS tax liens.

Lohan is also reportedly having trouble paying the $8,000 rent she owes monthly for her Beverly Hills home, which TMZ calls a “mansion.”

TMZ, which broke the Scores story, also has the letter sent to Lohan’s lawyer from ScoresLive.com’s marketing director. It offers “sincere concern” for the actresses’ “recent cash flow dilemma” and croons that she’s probably feeling overwhelmed in a “distressful” situation.

So why not work for ScoresLive.com, the letter asks. Sounds like ScoresLive.com is a webcam operation, as the letter says that the site hosts “hundreds of beautiful ladies who appear by webcam nightly to entertain upscale gentlemen in the privacy of their homes.”

Would Lindsay be a cam girl?? Nah. She’d be a host for events streamed live from Scores’ strip club in Manhattan.

Ah, so she’d be introducing strippers! Not stripping herself.

In exchange for Lindsay’s appearances, ScoresLive.com offered to pay her storage locker facility fee, and her rent right up through when her lease expires in February of 2013. Say, that’s only two months. But who’s counting?

A grand total of $32K is relatively small change to offer a notorious star like Lohan to endorse your naked-lady website, don’t you think?

Hmm, maybe the goal was to get publicity for ScoresLive.com rather than to really hire Lohan?