Jon Stewart’s revelation that Hugh Grant isn’t welcome back at The Daily Show is amusing, but not at all unusual — talk shows routinely ban certain celebrities. 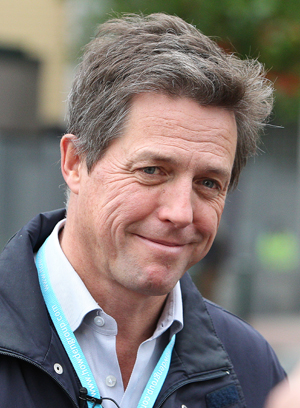 Hugh Grant is a “big pain in the a**.” That’s what Jon Stewart told a crowd during an onstage fundraiser with Comedy Central cohort Stephen Colbert. Said a** pain is not welcome back to The Daily Show.

Funny, but typical — talk shows ban guests all the time, for reasons both sensible and um, less so.

British talk show host Piers Morgan has been forthright about the celebs he refuses to host on his CNN show: He told Entertainment Tonight in 2011 that he’s banned Madonna (“too vegan”) and Howie Mandel, whom he called “too irritating” after co-judging with him on America’s Got Talent.

Morgan also has permanently banned Heather Mills, whom he actually introduced to ex-husband Paul McCartney in 1999. He said he regrets “pushing one of the world’s great gold diggers in the direction of one of my heroes.”

Kathy Griffin is quite open about being banned from multiple talk shows after stepping on toes with her funny/mean stand-up routine and assorted other antics. She told UK paper the Daily Mail in April that she’d been banned from The Today Show alternately by Katie Couric, Matt Lauer, and NBC news anchor Natalie Morales.

Griffin also told Rosie O’Donnell on OWN’s former The Rosie Show that she was banned from The View for joking about Barbara Walters having sex with Howard Stern.

Speaking of Howard Stern, he’s banned from numerous talk shows, including The Tonight Show with Jay Leno, for his long-running Leno feud.

Guests who are no longer welcome at SNL include Adrien Brody (for speaking in a dumb, unscripted patois and wearing fake dreadlocks to introduce Jamaican singer Sean Paul), Steven Seagal (a jerk to both cast and crew), and Martin Lawrence (who went off script to make offensive remarks about female genitalia in his 1994 opening monologue).