Things get romantic and then turn deadly when Vincent shows up at Cat’s dad’s wedding. 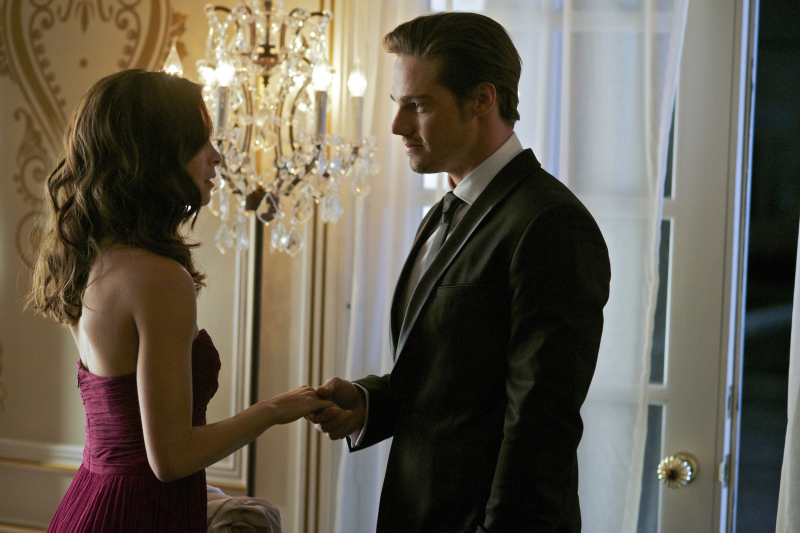 The wedding has finally arrived! Cat’s (Kristin Kreuk) dad is getting married and moving on with his life, and she’s there as a bridesmaid to support him. The trouble with being a bridesmaid (and if you’ve been one you know this all too well) is that everyone is concerned about who you’re bringing as your date. Cat and Vincent (Jay Ryan) desperately want to attend the wedding together, but she’s not convinced he can control his blackouts yet. So, no dice.

This time Vincent won’t let Cat be the boss of him. He shows up to that wedding anyway — in a tux — and spends some romantic public time with his favorite lady. I didn’t catch a kiss, but there was an intense tear-jerking slow dance. Imagine the way you felt when Belle and the Beast first danced together in the Disney movie. It was like that, but for grown-ups.

Way to ruin the moment, Evan

So, Evan (Max brown) actually goes to the wedding with Heather because if you can’t date the hot chick you want, just date her hot sister instead. Heather finds out that Evan has a research grant and is studying the DNA he found at his crime scene, and it’s leading him back to Cat’s mom and Vincent. He knows something beastly is out there and is determined to find out who/what it is!

When Cat hears about this she runs to Vincent and then they both return to their normal paranoid state. Vincent leaves the wedding and just like that, the romance is over.

Here’s where the case of the week comes into play. Cat’s prime suspect, a matchmaker named Sabrina, knows Cat’s on to her and runs Cat’s car off the road. The car does three mid-air flips and the girl shouldn’t even be alive. Then, the two women have a Western-style showdown and shoot each other at the same time. Cat kills Sabrina but is shot in the process. Vincent — as the beast — saves her, but not without Heather and Evan stumbling on the scene and catching a glimpse of his monstrous form.

This could be bad news for Vincent going forward. But maybe Evan will realize the beast is a hero and not turn him over to the government trying to kill him? A girl can dream.