The 28-year-old skier seems to have it all, but after a divorce she decided to open up about her recent struggles. 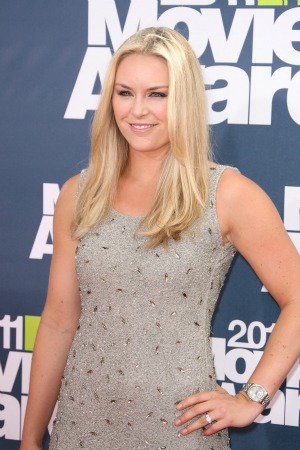 Taking one look at Lindsey Vonn, it would be easy to imagine she has the perfect life. The “most-decorated skier in US history” has a successful career that includes multi-million dollar endorsement deals. But things are not always as they seem from the outside.

“Everything about my life seemed so perfect to people,” Vonn told People. “But I struggle like everyone else.”

The skier filed for divorce from her husband of four years, Thomas Vonn — who was also her manager and coach — in 2011. Vonn is also an Olympic skier. Before their divorce, she spoke about their life together.

“We learned you can hash out a lot in confined spaces,” she told The New York Times. “As husband and wife we know that sometimes we have to flip the switch and be a normal couple, not a coach and athlete. We don’t talk about racing as much as you might think.”

But she said even years before their marriage went bad she suffered from depression.

Vonn is still busy with her career. In 2002 she debuted at the Winter Olympics in Salt Lake City when she was only 17. She also competed in the 2006 Winter Olympics and won the gold medal in the downhill at the 2010 Olympics (she also appeared in the Sports Illustrated swimsuit edition that year). She won her latest World Cup just this week, her fourth in only five years. But she is happy to be sharing her struggles with others.

“I feel like I just needed to get everything off my chest,” the skier told People.

The 28-year-old is currently on anti-depressants and feels like things are finally going well in her life.

“All the parts of my life are finally in sync,” she said. “I accept who I am, and I’m moving forward.”

Vonn’s full interview will be featured in this month’s issue of People magazine.