Sure, it’s Thursday, but stay up late! You must see this episode of Late Night with Jimmy Fallon. 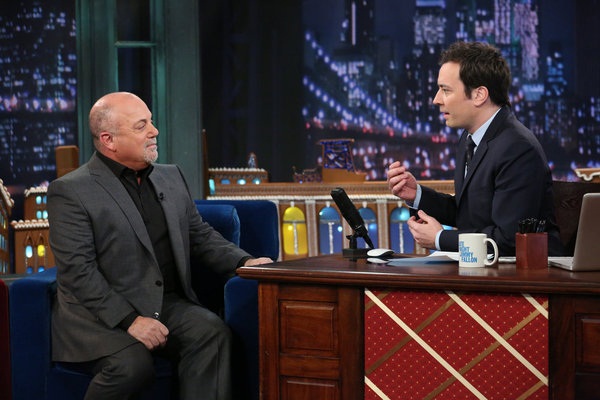 Whether December has you singing “fa la la” or mumbling “bah humbug,” tonight’s episode of Late Night is perfect for everyone. Taking a challenge from the audience suggestion box, Jimmy Fallon will combine two of Don DiMarco’s favorite things: Bob Dylan and that “Jingle Bells” parody we learned in first grade.

As is the case with anything Jimmy Fallon does: The performance is golden. Check out a clip…

This isn’t Fallon’s first impression. He’s recently made a name for himself by showcasing his musical talents in the form of celebrity imitations. Fallon has also pretended he was Justin Bieber, Neil Young (singing “Fresh Prince of Bel-Air”) and The Doors’ Jim Morrison doing the Reading Rainbow theme. Another time, as himself, he did a slow-jam duet with President Barack Obama. Not only has Fallon proven to be a true comedian, but his impersonations are always near-perfection and his guitar-playing skills are pretty decent as well.

Also, don’t turn off Fallon after he’s done pretending to be a folk legend. Stick around for the rest of the show, too. He’ll premiere another day of his “12 days of Christmas sweaters”. He’ll also have three great guests: Martin Short, Billy Joel and John Cena. Martin Short will be there to talk about and promo his Saturday appearance on SNL. Meanwhile, Billy Joel will stop by to reminisce about last night’s 12.12.12 concert to benefit victims of Hurricane Sandy and Cena will discuss WWE Tribute to the Troops. Also on the stage, comedian Neal Brennan.

Hit the bathroom before you turn on Late Night. Jimmy’s known for busting guts!

iCarly heads to Late Night with Jimmy Fallon
Jimmy Fallon does Justin Bieber: “(It’s Not My) Baby”
Jimmy Fallon and the Oscars: It’s not happening