Jon Stewart interviews celebrities every night on The Daily Show, but it took 10 years for him to really be unhappy with one of those celebrities. Who irritated him so much that years later he still remembers? 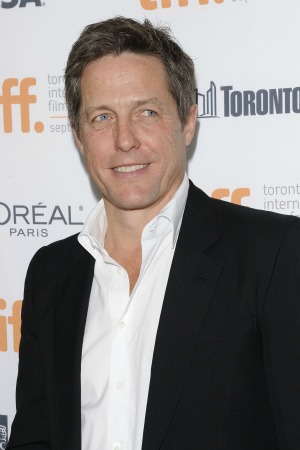 In the 14 years Jon Stewart has been on air as the host of The Daily Show, he has interviewed a lot of guests. So to stand out to the host, in either direction, seems like it would be quite the feat. Stephen Colbert interviewed The Daily Show host recently during a fundraiser and when he asked Stewart who his least favorite guest has been, he didn’t seem to hesitate to answer.

To Stewart, Hugh Grant is the worst guest he has had. The British actor appeared on Stewart’s show to promote his 2009 film Did you Hear About the Morgans? and, according to Stewart, complained the entire time.

“He’s giving everyone s*** the whole time, and he’s a big pain in the a**,” Stewart told Colbert in the interview, according to Yahoo.

Stewart added that Grant was reportedly unhappy with the clip of the film provided by his publicist.

“What is that clip? It’s a terrible clip,” Grant reportedly said, and Stewart replied, “Well, then make a better f***ing movie.”

Stewart said Grant is one of the guests he will never allow back on the show. The interview with Colbert turned to other topics, including Stewart’s first days on The Daily Show, when he took over for Craig Kilborn.

“I walk in the door, into a room with the writers and producers, and the first thing they say is, ‘This isn’t some MTV bull****.’ … And then I was told not to change the jokes or improvise,” he told Colbert, according to Yahoo. “[I told my agent] get me the f*** out of this. These people are insane … I had to be talked down from a moderately high cliff … What I did not realize is, a lot of the people who worked there were a**holes.”

But it worked out. The Daily Show is about to hit its 17th anniversary being on the air, 14 years of which Stewart has been host.