Take a sneak peek at the new show starring Bill Pullman and Jenna Elfman on NBC this winter. 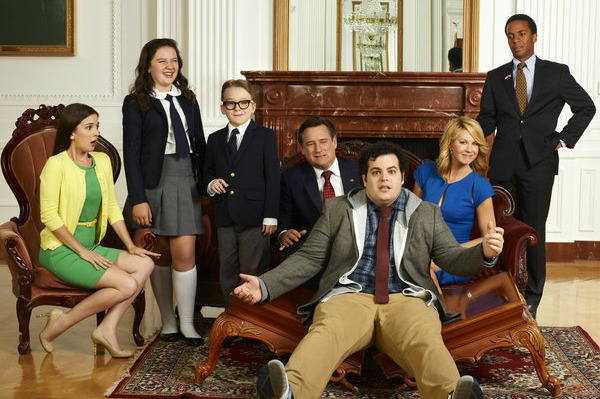 There’s a new president heading to the White House in January. You might think it’s President Barack Obama for his second term in office, but it’s actually actor Bill Pullman, whose new show 1600 Penn will be inaugurated on the NBC network in January.

SheKnows was lucky enough to visit the set and meet the cast of the new single camera sitcom that the network is describing as “the average American family dealing with all the everyday issues.” Of course, those issues happen at 1600 Pennsylvania Avenue, the address of the White House.

The set in Los Angeles is tucked away on the 20th Century Fox lot, but the set designers clearly attended to every detail when it came to constructing a realistic-looking Oval Office. They took inspiration from former President George W Bush’s decor with the sunrays design in the rug, but they added the quotations around the border of the rug from the Obama administration. Family photos of the cast were added along with touches of famous presidents like Abraham Lincoln and George Washington.

The roundtable discussion about 1600 Penn happened in a replica of the White House kitchen where the cast, creators and show runner all stopped by to discuss their new show just as they were filming the season finale. 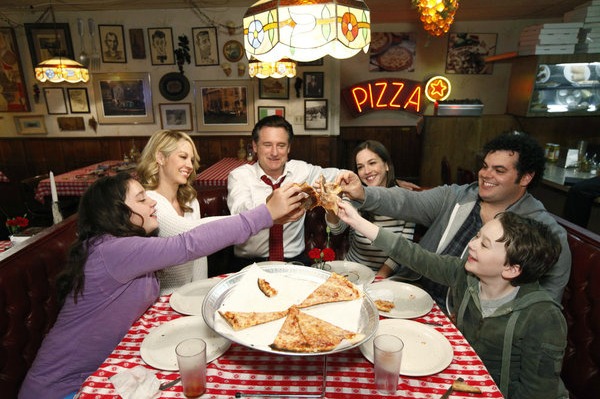 The stars of the show are Hollywood veterans, with Independence Day star — he played the president in that film, too — Bill Pullman starring as President Gilchrist and Dharma and Greg star Jenna Elfman as his First Lady.

Elfman told SheKnows that this show is “geared towards family.” That is exactly why Pullman took on this role even though he has been asked to play the dad role on TV before.

He said, “It’s more theatrical than a domestic story in another setting… and there’s incredible contrast between public life and private life. Then, that’s good for comedy.”

As the First Lady, it is clear that Elfman is relishing the wardrobe of her character since she is rocking lots of sheath dresses in each episode. It helps that the actress has a personal obsession with Michelle Obama to help inspire some of the “innumerable” wardrobe choices.

The actress says, “There’s no reason a First Lady has to be staid, dull and boring really! I think Michelle Obama has really cracked that open which I love. It’s always classy, but it’s forward and it’s contemporary and youthful.”

Even with a few references to the current administration, don’t expect this to be a play-by-play of the Obamas’ family life.

Creator and former White House speech writer Jon Lovett wanted to keep the show politically neutral, stating, “Whether or not the president is a Democrat or Republican would only short-change what we could potentially do and it would add an element that has really nothing to do with what we are trying to do with the show.” 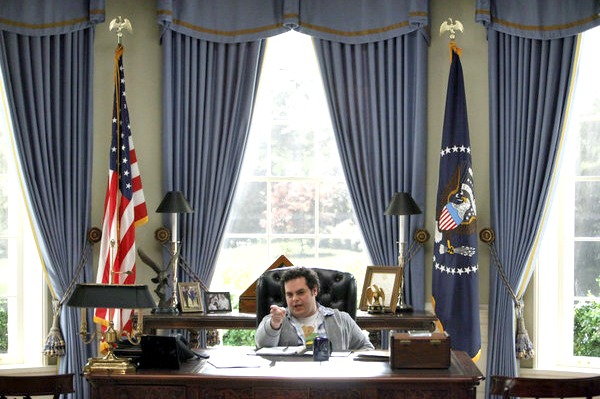 What the viewers are going to see is mayhem, chaos and comedy with the president’s children. The kids are wild, but lovable, with Broadway sensation Josh Gad, from Book of Mormon, starring as their grown son, Skip, who moves back home. Add in three other kids with their own issues — from struggling with sexuality to dealing with teen pregnancy — and you get a recipe for hilarity.

Based on our chat with the cast of actors who play the kids, it just may be 12-year-old Benjamin Stockham — who plays the president’s youngest son, Xander — who is going to steal the show.

When asked if he models his on-set experiences after the current White House kids, Sasha and Malia, he quipped, “I kind of just wing it.”

The good news is that viewers do not have to wait for the official premiere on Jan. 10, 2013 to join in on the adventures of the Gilchrist family. 1600 Penn will offer a sneak peek at the first episode on Monday, Dec. 17 at 9:30 p.m. ET on NBC.