Judd Apatow’s comedy about the nitty-gritty of marriage and aging really hits home. Good thing there are plenty of awkward moments to make us laugh! Apatow’s real wife and kids star in this highly relatable comedy about the joy and stress of modern family life. 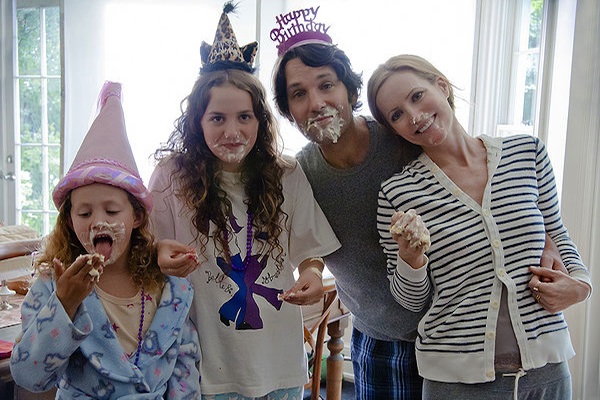 4 Stars: Perfect for date night with your husband

Featured in 2007’s Knocked Up, married couple Debbie (Leslie Mann) and Pete (Paul Rudd) are both reaching their 40th birthdays, despite Debbie’s insistence, even to her doctors, that she’s only 38. Debbie’s gynecologist says he can tell her true age by counting the rings in her… well, he’s joking, of course.

It’s this type of humor that abounds successfully in the movie, where aging bodies are cruelly poked and prodded by nurses and physical trainers only to pale in comparison to that of Debbie’s sexy young employee, Desi (Megan Fox).

Desi, who may or may not be stealing money from Debbie’s cash register, prances around the movie like Ann Romney’s dressage horse, a thing to be admired, but too pristine to be acquired. At one point, Debbie can’t help but commend Desi’s perfectly round, flawlessly firm breasts. Debbie touches them at length in a way that is decidedly not sexual but more in awe of their superiority.

Contrast that scene with Debbie’s mammogram, where actress Leslie Mann fearlessly lets the camera record an overworked nurse shove her breast into the cold, hard machine. This is Apatow’s poignant take on life’s diabolical nature. 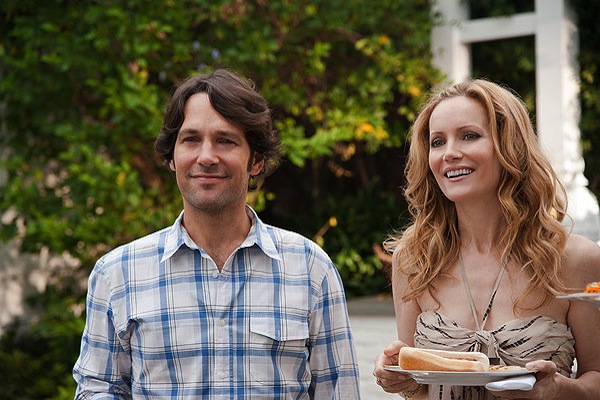 Both Debbie and Pete’s fathers are vital to the story in another ironic display of how cruel aging can be for women. Larry (Albert Brooks) is Pete’s freeloading dad and Oliver (John Lithgow) is Debbie’s absentee father, but both have remarried much younger wives and have small children of their own. The humor comes when we meet Larry’s triplet boys who clearly were created with much help from modern science. One of the boys enthusiastically claims, “I came out of a test tube!” 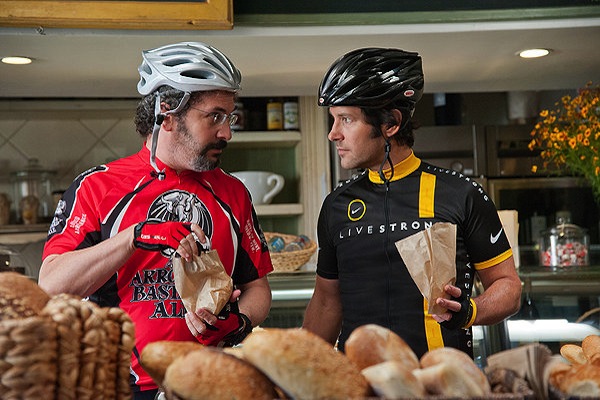 But underneath all the stress and financial troubles, Debbie and Pete love each other, even when facing an uncertain future as Debbie discovers her mood swings are due to a surprise pregnancy. It’s comforting to watch a couple recommit to each other, despite all the frustrations and hazards family life brings.

Bottom line:  At two hours and 13 minutes, This is 40 is perhaps a little long for a comedy, but the humor is sharp, intelligent and relatable. You and your husband will probably share knowing glances as many moments in the film ring true to life.