Pacific Rim is a blockbuster in the making. It has everything we need: monsters, robots and Charlie Hunnam. The British actor headlines the film and gets plenty of screen time in its first trailer. 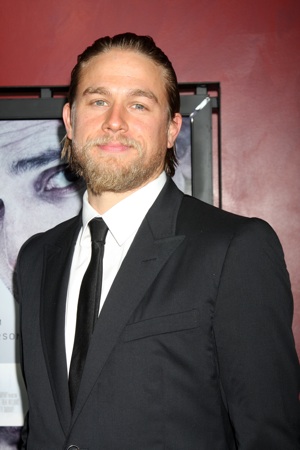 Guillermo del Toro is heading back to theaters. This time, the horror master is tackling the sci-fi genre with Pacific Rim. The robot vs. monsters epic could be one of next summer’s biggest blockbusters.

To jump-start its promotion, Warner Bros. has released its first trailer. Pacific Rim stars Charlie Hunnam (Sons of Anarchy) as a washed-up pilot who joins forces with an inexperienced trainee (Rinko Kikuchi) to save the world.

Hunnam’s character has to bring an obsolete Jaeger out of retirement and put it to work. Unfortunately, he and his untested sidekick are the only thing standing between us and the monster apocalypse. Will they have what it takes to succeed?

The film is scheduled to hit theaters July 12.

What do you think of the first Pacific Rim trailer?