After Gawker published the entire book proposal that netted Girls’ Lena Dunham millions from Random House, Dunham’s attorney asks them to take it down. They comply — sort of. 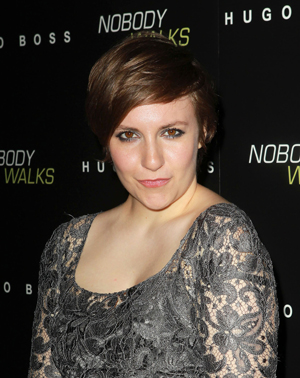 Lena Dunham doesn’t like scrutiny, it appears — after Gawker.com published her book proposal, Dunham lawyered up.

First, Dunham’s counsel demanded Gawker take down Dunham’s proposal for the upcoming advice book “on everything from sex to eating to traveling to work,” titled Not That Kind of Girl, which sold to Random House for $3.5 million (some press reports say $3.7 million). Gawker had published the proposal in its entirety last Friday, with ironic commentary.

Maybe Dunham was set off by that, maybe by the tons of snarky reader comments, which made fun of quoted lines such as, “People often ask me how I have the bravery to tell my stories.”

That wasn’t enough for Dunham and/or her representation, which demanded all the quotes come down. Gawker refused, telling Deadline.com, “We’re not removing the quotes.”

What happens next remains to be seen. Dunham is publicly mum on the fracas. Meanwhile, Gawker is having a field day.

Gawker quotes Dunham’s proposal thusly: “I’ve never kept a diary, [because] if a girl writes in her diary and no one’s there to read it did she really write at all?”

Gawker responds: “Lena Dunham’s personal litigation counsel Charles Harder has contacted Gawker to relay a demand from his client, Lena Dunham, that we remove the above quote from our web site. In order to clarify our intent in quoting the above matter from Dunham’s proposal, we have decided to append the following commentary: The quoted sentence demonstrates that Dunham is incapable of conceiving a rationale for writing that doesn’t serve the goal of drawing attention to herself.”

Gawker responds: “The quoted sentence is indicative of a nauseating and cloying posture of precociousness that permeates the entire proposal.”

The book has no publication date thus far, and is apparently yet to be written. Meanwhile, the second season of HBO’s Girls will premiere on Jan. 13, 2013.