Anyone who watched Bab’s “10 Most Fascinating People of 2012” quickly figured out that Ms. Walters has lost touch with how most of us define “fascinating.” And what was with all the dating and sex questions, asked in a way that made Barbara Walters look like a dirty old lady in a trench coat? OK, let’s begin… 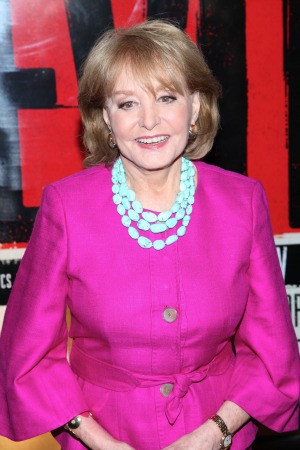 Excuse me, do I know you?

Barbara Walters is a media legend, and we’re all fascinated by her specials. We’re used to her asking provocative questions, but last night she just seemed like a nosy neighbor who wanted to stir up gossip.

She asked Harry from One Direction about dating older women, who are 23 (we assume she meant Taylor Swift) and then Babs groaned, “I’m going to kill myself!” Was that because she feels old or because Harry dashed her hopes of dating her?

Remind me again, how is that fascinating?

We realize that for some years it must be difficult to muster up 10 fascinating people, and 2012 was obviously one of those years. How is Prince Harry fascinating? Because he’s devastatingly handsome, privileged, and often publicly intoxicated? Hot, yes. But fascinating? We all know 10 guys just like Prince Harry. The only difference is they don’t live in Buckingham Palace. And Honey Boo Boo? It may have been appropriate to highlight this hillbilly baby if Barbara was doing a show called, “10 Most Morbidly Fascinating People of 2012.” Ben Affleck? What’s fascinating about him other than he still has a career? Admirable, sure. Especially after Gigli. But fascinating?

Most of us know that Seth MacFarlane is the voice of Stewie on Family Guy. He also is the voice of the dad, Peter, the dog Brian, and he produces, writes, and is in charge of the show’s music. Last night on Walters’ special, we also learned that MacFarlane was, at 24, the youngest person to head a network show. Then we heard him sing big band songs! Who knew? MacFarlane wrote and directed Ted, which has become the highest-grossing R-rated comedy in history. Huh. You know what? That actually is kind of fascinating. MacFarlane truly is a comic genius.

Was that a fat joke?

Then things got interesting when Walters told the huge governor from New Jersey, Chris Christie, that “You are a little overweight.” Like a patronizing mother with a command of the painfully obvious, she went on to ask “Why” and “Have you tried to diet”? That was pretty gutsy of Babs to ask, considering Christie is known for calling journalists stupid.

Just when we thought Barbara couldn’t get any more insulting, she told E L James, author of Fifty Shades of Grey, “You don’t look like a woman who knows about whips, and bondage and masochism.” Is that a nice way of saying “You look a little too pleasantly plump and matronly to enjoy much more than obligatory mission-style sex?” Wow. Here’s hoping next year can cough up a little more selection in the “fascinating” category. Either that or Walters needs to change the name of her show to “9 Mediocre to Mildly Interesting People, a Couple Fat People, and One Fascinating Guy.”