There’s a new Hood in town and this guy will stop at nothing to destroy our favorite hooded vigilante. 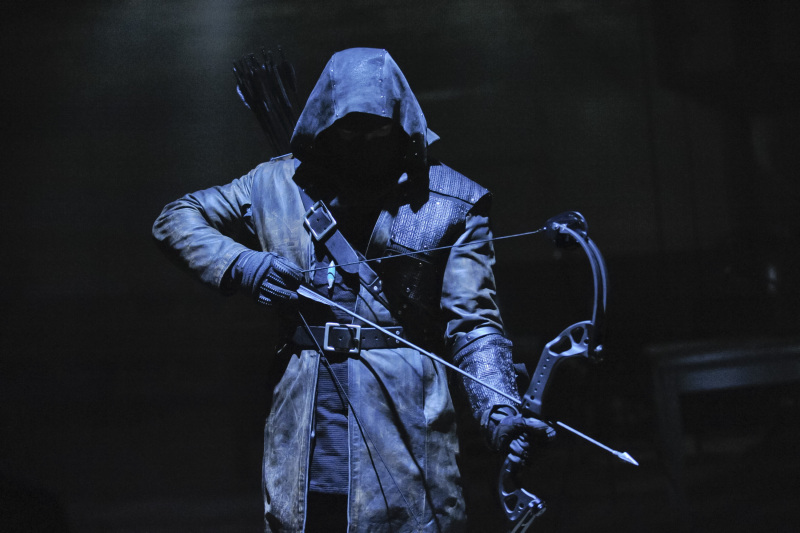 There is a hooded archer wreaking havoc on the bad guys of Starling City and no, it’s not Oliver Queen. There’s a copycat on the loose and this guy’s out for blood. Instead of wounding a villain with a few warning arrows, he actually kills someone. The story spreads like wildfire that the city’s hooded vigilante has finally crossed the line and should be punished.

Back at the Queen residence, Malcolm Merlyn  (the king of the bad guys and Tommy’s dad) has joined the family for a dinner party, which is severely lacking in Christmas decorations. At the party, Walter receives a call from his beautiful tech-savvy assistant, Felicity, who is working to decode Moira’s little black book (the one that looks just like Oliver’s hit-list book). Felicity has deciphered the names and puts it together that The Hood is taking these people down.

Next on the list is Doug, a man who works for their company. Walter warns Doug that The Hood may be gunning for him. Doug pretends not to know anything, but then goes straight to Merlyn with the news Walter may be on to them.

Oliver (Stephen Amell) discovers another reason to throw a party when he finds out his family hasn’t celebrated Christmas since the accident. At the massive Christmas party, Digg pulls him aside to show him a newscast that the copycat has taken hostages and is threatening to kill them if the real Hood doesn’t turn himself in. So, of course, he has to leave his own party… again. 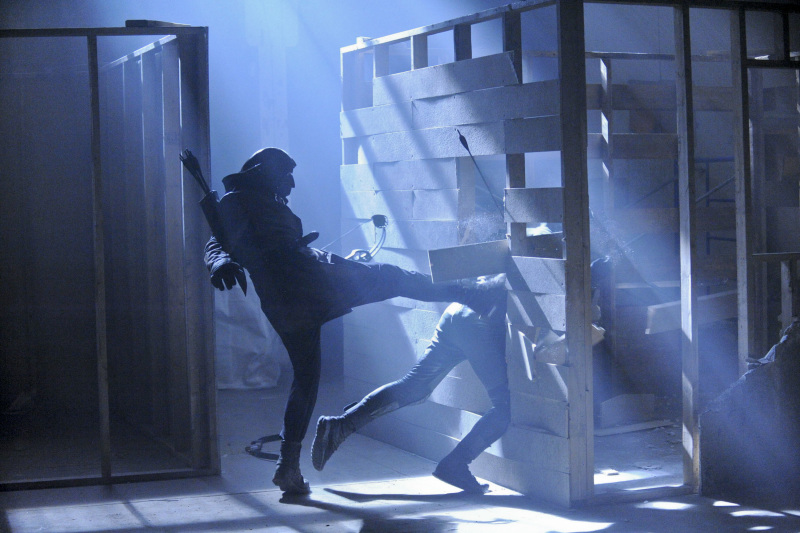 Oliver flies in to rescue the hostages and winds up in an exciting archery duel with the copycat. Oliver gets nailed in the back a few times and actually ends up on the ground, the copycat standing over him, about to reveal Oliver’s identity. But just in time, our hero is able to stab the villain in the leg. As the bad guy hobbles away he takes off his mask and it’s… Merlyn! Tommy’s dad is the killer.

Digg (David Ramsey) comes to Oliver’s aid (when is Digg going to fight alongside Oliver instead of just picking him up when he falls?) and takes him home. While he’s recuperating, Merlyn’s henchmen kidnap Walter. Merlyn tells Moira that Walter will be controlled so they can complete the organization’s vision for the city.

Oliver has a lot to consider while he’s on winter break. In January he needs to figure out how to rescue Walter and hopefully figure out if his mother is involved. And now he has a new goal: to find the man behind the copycat mask and take him down.