On Thursday morning, the Golden Globe nominations were announced by the Hollywood Foreign Press Association with a few surprises and more than a few snubs. 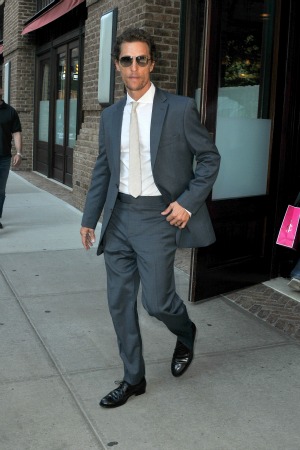 This time of year always brings the awards show race to the forefront with surprises and snubs as the entertainment industry votes on its favorite performances of the year.

This year is no different as it is expected that Lincoln, Les Misérables and Argo will lead the way to nominations for the Oscars.

Those nominations won’t be announced until Jan. 10, 2013, but the Golden Globes has become a big predictor of who goes home with that golden statuette in February.

On Thursday, the Golden Globe nominations were officially announced, and it is clear that a few performances may be snubbed as the awards season continues.

Let’s start with the snubs since the Hollywood Foreign Press Association, which votes on the Golden Globes, is always famous for picking its favorites, and Quentin Tarantino is one of them.

Django Unchained received fewer than expected nominations for Wednesday’s Screen Actors Guild Awards, but it was honored here with a total of five nominations. The inclusion of Tarantino in the Best Director category eliminated fellow director Tom Hooper’s chances in the race for his masterpiece Les Misérables.

Also snubbed was a tiny film called Beasts of the Southern Wild, which has been a critic darling all season long. It was ruled ineligible for the SAG Awards because it was a nonunion film. However, it was expected to at least big up a nod by the HFPA. It was ignored again today, but it is the perfect Oscars bait, so this film might not be done just yet.

Matthew McConaughey has become one of Hollywood’s best character actors in the past few years, and he had an outstanding year with three films, Magic Mike, Killer Joe and Bernie. His name had been floating out there for a possible Best Supporting Actor nomination, but it looks like he has reached the end of the line with his performances this year.

Another hotly contested race has been the drama category for the men. It was expected that Anthony Hopkins was a shoo-in for his role as Alfred Hitchcock in Hitchcock, but he was left off the ballot in favor of Richard Gere. Gere has received some of the best reviews of his career for the film Arbitrage, but his inclusion still surprised many.

Speaking of surprises, it is the women who are carrying this one all the way to the red carpet. Nicole Kidman‘s film The Paperboy was widely reviled by critics, even though it had a lot of buzz thanks to a urination scene with co-star Zac Efron. Well, someone liked her performance because the actress now has two nominations for this role for the Golden Globes and the SAG Awards.

Another unexpected name mentioned this morning was Meryl Streep. While the revered actress is good in anything she does, she wasn’t expected to garner any nominations this year. Her role in Hope Springs was honored with a nod for Best Actress in the Musical or Comedy category, proving that the HFPA really loves its A-List celebrities.

Finally, the movie Salmon Fishing in the Yemen, was on nobody’s radar until now. It found itself with three nominations this morning, including a Best Actress nod for Emily Blunt, Best Actor for Ewan McGregor, and a nod in the Best Picture, Musical or Comedy category.

How will these snubs and surprises play out during the awards season? We will all find out on Jan. 13, 2013, when the Golden Globes are handed out during a show hosted by Amy Poehler and Tina Fey on NBC.