It’s been a month and a half since Hurricane Sandy demolished the East Coast, particularly New Jersey. To help gather money to restore the post-apocalyptic-looking areas, stars gathered for a fundraiser. 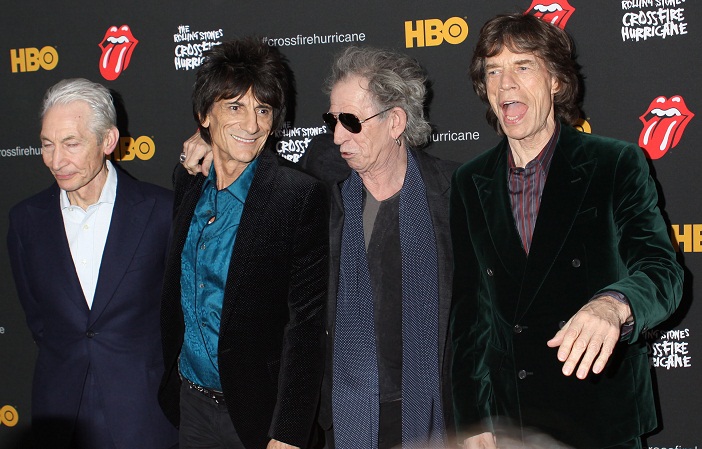 The entire 12.12.12 concert to benefit Hurricane Sandy relief never stopped entertaining. Whether Nirvana fans were waiting for the “reunion” or people were just waiting to hear what jokes would come from Billy Crystal, the concert never seemed to run out of steam. Six hours full of bad jokes, strange fashion and unforgettable collaborations is too much to fit in one review. We’ve picked the top five moments worth mentioning, though.

Consider this the post-game reel.

5. Kanye performs… in a leather kilt

With so many big names performing, Kanye West had to find a way to upstage everyone else. He did so with fashion. Looking something like a butch, gothic cheerleader/football player from the ’90s, Kanye performed a medley of songs, including his latest single “Clique” along with “Stronger,” “Jesus Walks” and a handful more. Like anything Kanye does, it was neither awful nor awe-inspiring. His outfit, though, will keep him in everyone’s reviews.

4. Roger Waters pretends that he can be Pink Floyd all by himself

Pink Floyd frontman Roger Waters really loves Jersey… or Pink Floyd… or maybe just himself. He never misses an opportunity to perform a Floyd song without the rest of his amazing band. Waters performed “Another Brick in the Wall,” “Money,” and “In the Flesh.” Then, a mostly confused-looking version of Pearl Jam’s Eddie Vedder joined him for a song. We think Vedder thought he was going to play with the new Nirvana.

We don’t understand. Keys is from New York, so we expected something more emotional and just plain… better. Twitter was awash with comments on her lackluster performance. Our favorite came from PimpBillClinton, who said, “I think I’d rather sit through another hurricane than sit through this Alicia Keys performance again.”

2. The Who sing some of their best songs

The Who isn’t even an American band, but boy did they show some love for New Jersey and New York last night. Their set included the song: “Who Are You” (complete with an uncensored f-bomb!), “Pinball Wizard,” and “Love Reign O’er Me,” along with a couple others. While many on Twitter thought Roger Daltrey was a little too old to have that many buttons on a shirt unbuttoned, we’ll let him have it… just for being so awesome at the benefit.

1. The much talked about Nirvana “reunion”

Sigh. Apparently, Courtney Love was “not amused” by the Krist Novoselic and Dave Grohl reunion that was headed by Paul McCartney. Everyone was calling it a “Nirvana reunion,” which lead many fans to sit around hoping for a little “Smells Like Teen Spirit.” First, it was no more a “reunion” than when Novoselic joined Grohl on the latest Foo Fighters album. The two friends got together and performed, just like last time, and they didn’t perform a Nirvana song. Instead, Grohl and McCartney wrote a brand-new song for the benefit concert. The lyrics weren’t stellar, but for a day-old song, it wasn’t bad. They rocked out, too… hard. At the end of the night, we’re left wondering what Paul McCartney won’t do for a little attention. It was great to see Dave Grohl at the drums, again, though!