Renee Zellweger has dated many celebrities, but it looks like she is going back to her roots and dating a college friend. 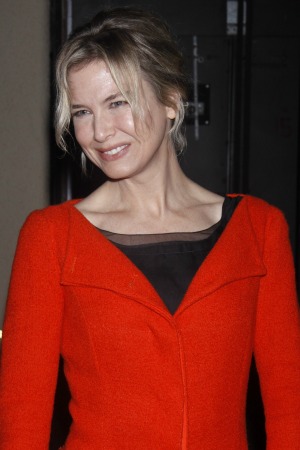 Although Renee Zellweger has been slightly luckier in love than her on-screen character Bridget Jones, she has still had many ups and downs. She had two high-profile relationships, to Jim Carrey and Jack White, before marrying Kenny Chesney in 2005. However, the couple said they would be annulling that marriage just four months later.

But it looks like the 43-year-old has found love again. Cameras caught Zellweger with Doyle Bramhall II at LAX on Wednesday, Dec. 12.

“The couple wore matching black coats, jeans and shades as they walked through the Los Angeles airport together,” said Us Weekly. “The new romance sounds like it was a long time coming.”

In fact, the new couple has apparently known each other for a while.

“They went to college together,” a source told Us Weekly. “It’s going really well.”

Bramhall is a producer and guitarist and he most recently dated singer Sheryl Crow, someone he had also known for a long time prior to making it romantic.

“Bramhall, 43, previously dated singer Crow in 2011,” said Us Weekly. “The two, who were friends for 15 years before dating, met on tour while Bramhall was her guitarist.”

Neither half of the new couple has commented on their relationship, but the kiss was unmistakable. Bramhall is the son of legendary guitarist Doyle Bramhall, and has played with acts like Roger Waters and Eric Clapton. The 43-year-old spent five years in Clapton’s band and will return on tour with the musician in 2013.

Zellweger was nominated for an Oscar for her lead role in Bridget Jones’ Diary and will once again be reprising that role next year. According to the Internet Movie Database, Bridget Jones’ Baby is currently in the works and will be the third movie in the Bridget Jones series. Author Helen Fielding is only just now writing the third novel, making the movie somewhat of a question mark.

The film is set to come out in 2013, nine years after the last film.