The widow of the Nirvana frontman isn’t happy the band has gotten together with a new singer, even if just for one night. 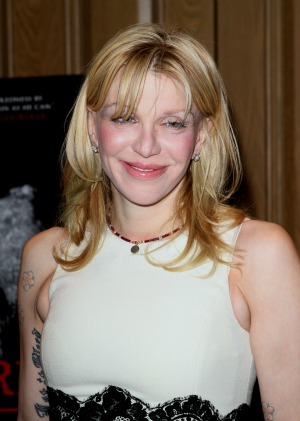 Paul McCartney is filling in for Kurt Cobain Wednesday night for the 12-12-12 concert to benefit those affected by Hurricane Sandy. But there is at least one person out there not happy with the choice.

“When Nirvana reunites tonight in NYC — with Sir Paul McCartney replacing Kurt Cobain on vocals — Courtney Love won’t be cheering… she’ll be yelling obscenities, because she’s pissed about the gig,” she told TMZ.

“Nirvana”, in its new incarnation, announced they would be playing for the benefit, and the widow of lead singer Kurt Cobain said she is “not amused” that McCartney will be joining them.

But she is not upset that someone is filling in for her late husband, it’s apparently about who it is.

“Look, if John were alive it would be cool,” she told TMZ, supposedly talking about the late Beatles frontman John Lennon.

It seems that Love is mostly upset that Dave Grohl and Krist Novoselic, the remaining original members of the band, would call themselves Nirvana, “because she says Kurt was the heart and soul of the legendary band,” said TMZ.

(For the record, @Pontifex is Pope Benedict XVI’s Twitter account, which he tweeted from for the first time on Wednesday.)