Everyone has their theories as to the true identity of the Upper East Side’s serial tongue-flapper, Gossip Girl. We thought it was time we shared ours! 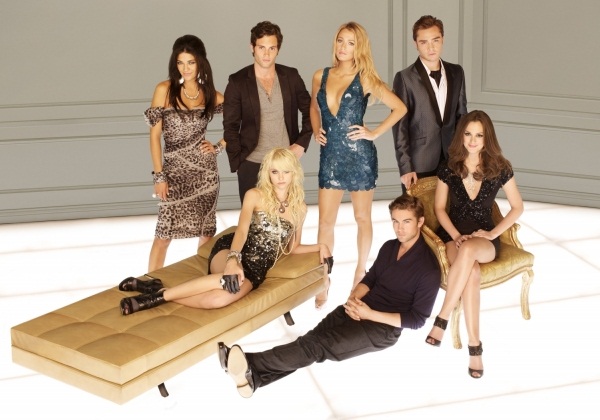 Earlier in the fall, we shared the Gossip Girl cast’s predictions for just who might be behind all those rumor-spreading, gossip-hounding text blasts. As the unveiling draws closer, we thought we’d share our best guesses with you. 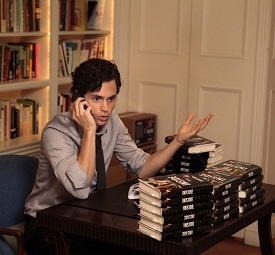 Dan Humphrey (Penn Badgley) seems like an obvious choice to us, especially in light of his recent quest to destroy nearly everyone he’s met on his way to (standing beside) the top. Sure, Gossip Girl has spread her fair share of gossip about Lonely Boy, too. But nothing all that damaging. Just because he acted surprised when the text blast hit everyone’s phones, doesn’t mean he didn’t see it a few minutes or hours earlier when he scheduled for the news to spread. He’s done a lot of secret telling in his novel, but maybe that’s just the end to something he started in high school as a way to separate the pack and weasel his way in. 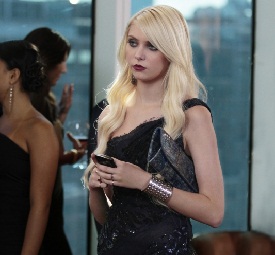 Jenny Humphrey (Taylor Momsen) isn’t out of the question, either. During her time on the show, Little J was far from innocent when it came to spreading rumors or conniving her way to taking over as Queen B J. Furthermore, Jenny Humphrey is the ultimate attention seeker. Just because rumors were spread about her and landed her in trouble on multiple occassions, doesn’t mean she didn’t enjoy every second of it. Finally, if you’re in doubt due to her recent absence, think about this: You didn’t have to be in New York to know about Anne Hathaway’s wardrobe malfunction that exposed her Lower Central Side. 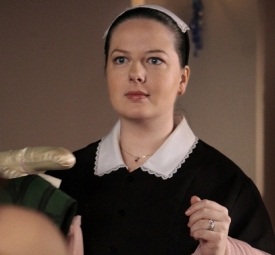 Dorota never even crossed our minds until one of the cast members joked about it back in the fall. It actually makes complete sense, though. Who would know more about the dirt in Miss Blair’s life than Dorota? She’s also regularly put in charge of Blair’s phone, so she has access to all of B’s texts and pictures. Finally, she’s always nearby when things heat up in B’s bedroom or Serena dishes at the vanity. Plus, she’s even referred to Dan as “Lonely Boy”. Maybe it’s silly, but that seems like a good sign if ever there was one. Sure she seems loving… but she’s put up with a lot from the Waldorfs. She was bound to go crazy eventually! Who wouldn’t? 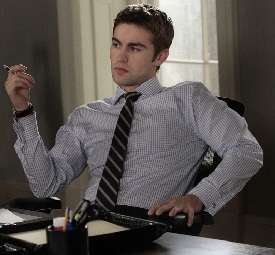 Nate (Chace Crawford) is our final choice. Don’t scoff! What better way to get rid of a clingy high school girlfriend than sleeping with her BFF and then having someone else spill the deets so you can act like it’s a surprise? Plus, nearly every one of Nate’s UES friends has royally f’d him over on one occassion or another. Spreading their secrets around via Gossip Girl seems like the perfect payback to us! We think it’s also fair to point out that he hasn’t been around a whole lot. At least through the middle seasons, Nate had almost no storyline at all. Why keep him around unless you needed him for something… like the big reveal?

There you have it, GG-fiends! Of course, there are a few other guesses (like Georgina or Vanessa) that aren’t out of the question and deserve some consideration, too. But, these people are our favorite options.

Who are your favorite guesses for the true identity of Gossip Girl? Who do you think (or hope) we’re wrong about?

Who is Gossip Girl? The cast reveal their best bets
How many deaths has Gossip Girl witnessed?
Great lines from Gossip Girl