The death of sitar legend Ravi Shankar means the loss of a father for musician Norah Jones. In the wake of his passing, the singer opens up about the man she considered to be a “genius”. 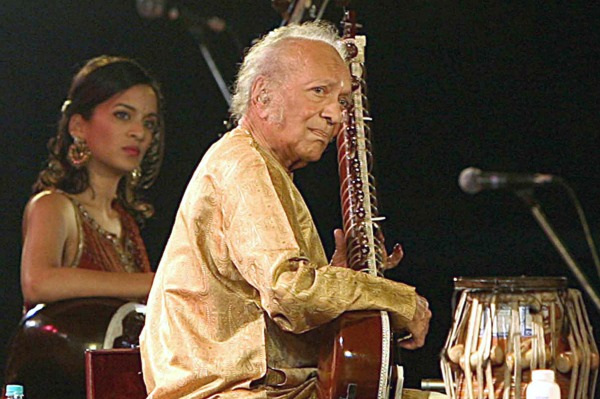 Norah Jones may not have grown up close to her father, the late sitar player Ravi Shankar, but in recent years the pair became close. Today, the songstress is in mourning after his death on Tuesday.

“My dad’s music touched millions of people,” 33-year-old Norah Jones said in a brief statement after Ravi Shankar’s passing. “He will be greatly missed by me and music lovers everywhere.”

The pair had a complicated history, but were able to rebuild a relationship beginning when the singer turned 18. Shankar was 59 at the time of Jones’s birth and saw her only sporadically during her younger years.

“Although I love my dad very much, I did only spend a fraction of my adolescence around him,” she once explained in 2002. “This is probably why I try to downplay our relationship in the press.”

More from SheKnows on celebrities lost >>

One year later, Norah Jones failed to mention Ravi Shankar during any of her Grammy acceptance speeches. She later explained to Oprah Winfrey the snub was not as it appeared, saying:

“I thanked everybody — my mom and my entire family. My dad is included in that. My mom was involved in the daily stress of making this record. We talk every day on the phone, no matter what. I talk to my dad every five months, so it’s not like I dissed him by not singling him out. I didn’t think it was appropriate for me to thank him, because he didn’t help me with the record. It’s not that he isn’t supportive — it’s just that I don’t talk to him that often.”