Track Palin’s divorce is nearly a done deal. Thanks to Alaska’s speedy process when both sides agree a marriage is kaput, he and wife Britta are nearly single again. One 48-minute video and they’ll be on their separate ways! 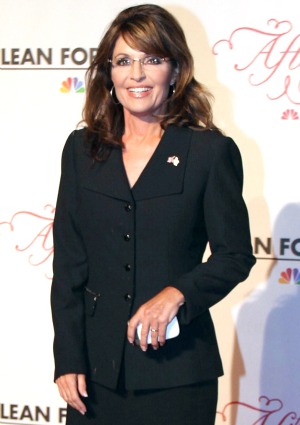 Track Palin, eldest son of Todd and Sarah Palin, is about to be back on the singles scene. The 23-year-old and wife Britta have both reportedly filed divorce papers.

While Track Palin and his wife of 18 months can’t agree enough to get along, they both concur that breaking apart their young family is the way to go.

TMZ reports that by jointly filing divorce papers (a tad ironic, isn’t it?) in their home state of Alaska, they are signaling they have fully settled property and custody issues, including child support.

Yes, we can’t forget that Track Palin and Britta are parents of a 1-year-old girl named Kyla. While the state seems happy to make divorce a speedy process, the welfare of children isn’t to be ignored!

Before a divorce is granted, the young parents who were once high-school sweethearts will need to sit through a 48-minute video about the impact of a failed marriage on children. Guilt trip!

Track Palin and Britta married in May of 2011. You may recall that shortly — very shortly — after the wedding, photos of a notably pregnant Britta hit the web, sending tongues wagging about another of abstinence education supporter Sarah Palin’s children having conceived a child out of wedlock.

Track Palin is an Army reservist who has served time in Iraq. While he’s currently a commercial fisherman, he reportedly has plans to go back to college.

Are you surprised by news of Track Palin’s divorce?