Los Angeles Superior Court Commissioner Jane Godfrey revoked Lindsay Lohan’s probation on Wednesday morning. What this means: She might go to jail for quite a while. 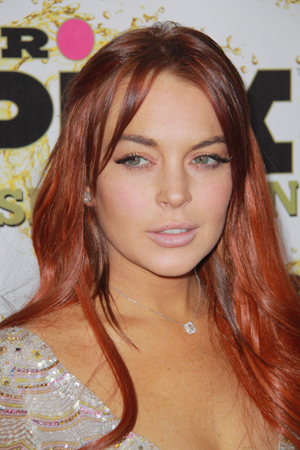 Lindsay Lohan didn’t need to be in court on Wednesday morning, but that didn’t stop Los Angeles Superior Court Commissioner Jane Godfrey from revoking her probation.

The hearing came six months after the Liz & Dick actress’ Porsche slammed into the back of an 18-wheeler on the Pacific Coast Highway. Lohan told the cops that her assistant was the one driving, though police later determined that she was actually the person behind the wheel.

Charlie Sheen is still waiting for ‘thank you’ from Lindsay Lohan >>

And that’s the problem.

Her lie was a violation of the informal probation Judge Stephanie Sautner issued earlier this year. All she had to do was stay out of trouble and she’d be fine. Well, that didn’t happen.

Now, she’ll have to attend a Jan. 15 hearing where the judge will decide whether or not to send her to jail for 242 days.

Our question: Will that actually happen? She’s got away with so much over the years, but attorney Kevin Sali from the Angeli Law Group said they might make an example out of her.

“There’s a real risk of jail time here,” Sali told SheKnows. “When someone’s on probation, the judge really wants to know if she understands the seriousness of breaking the law — if the judge decides that she doesn’t, the consequences can get ramped up pretty quickly. This kind of behavior could definitely strike a judge as coming from someone who doesn’t ‘get it’ and needs a harsher lesson.”

Guess we’ll find out in a month — that is, if Lohan can stop stalking The Wanted long enough to go to court.

Do you think Lindsay Lohan will actually go to jail?